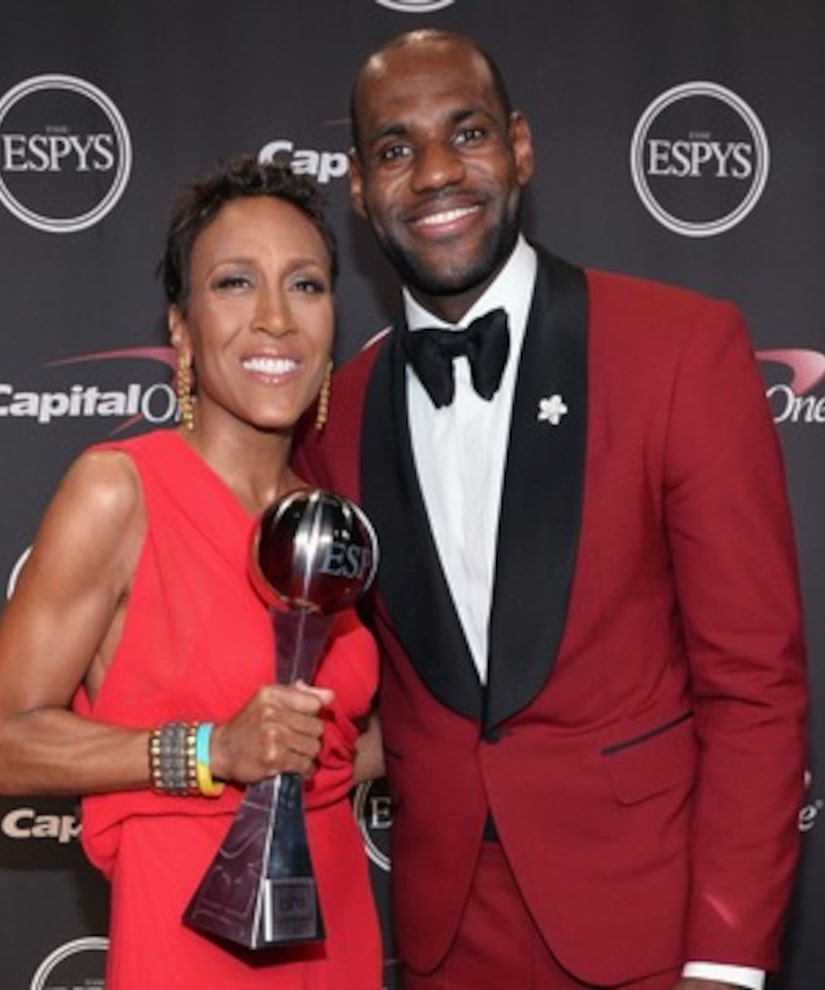 “Good Morning America” co-anchor Robin Roberts, who received the Arthur Ashe Courage Award at the 2013 ESPY Awards, said in her acceptance speech that she doesn’t let fear stop her.

The award is given to someone who reflects "strength in the face of adversity, courage in the face of peril, and the willingness to stand up for their beliefs no matter what the cost."

Roberts, radiant in a red gown, graciously accepted the award with a speech that was one of the night's most memorable moments. Watch!

The journalist was diagnosed with breast cancer in 2007, and then with a rare blood disorder called myelodysplastic syndrome in 2012, which, after receiving a bone marrow transplant, she has been able to recover from and return to “GMA.”

Roberts tweeted that the ESPYS were "memorable for many reasons," not the least of which being the graciousness of the athlete who introduced her, LeBron James.

"Extra's" Renee Bargh and special correspondent Larsa Pippen caught up with Robin Roberts before the show.

Check out more of our red carpet interviews at the ESPY Awards!