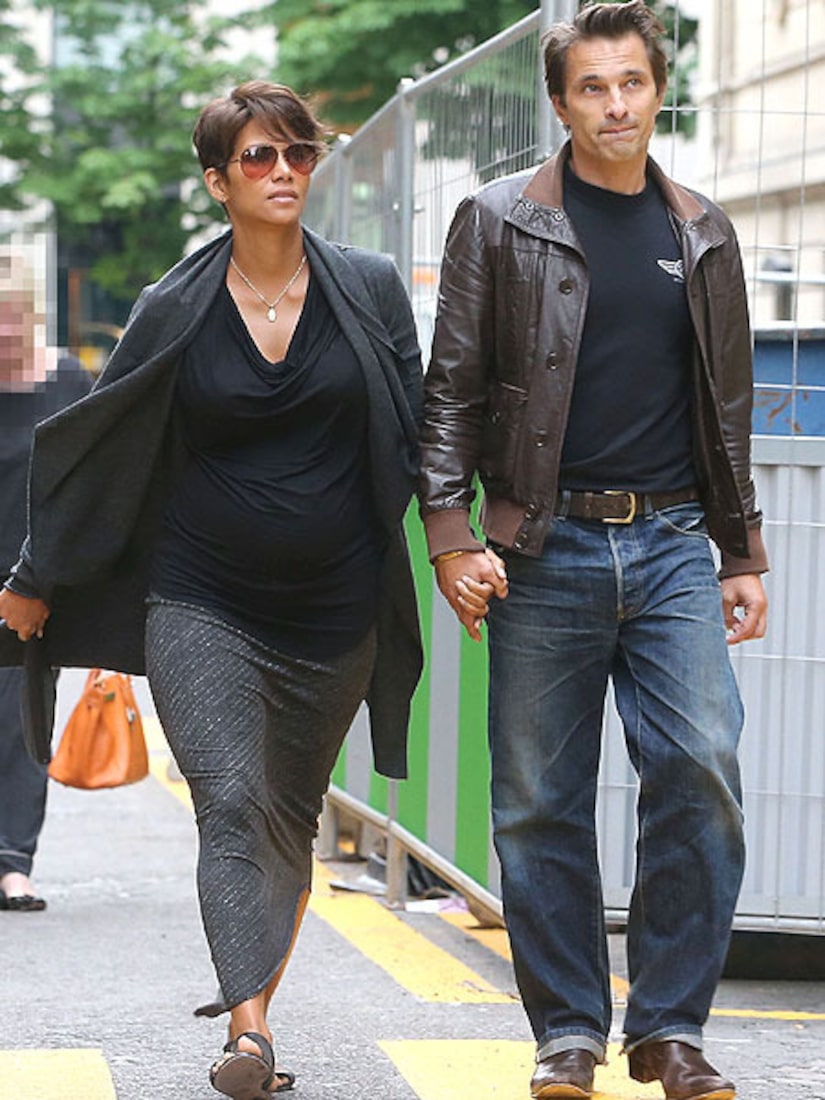 “My son will be an American, but I remain French,” Martinez told People.com in Paris on Wednesday.

The actor was attending opening night of the Champs-Elysées Film Festival, where he is this year's Honorary President.

Martinez explained, “I'm French, it's less important. Meaning, I remain a Frenchman in America, but I adapt to American culture. I feel good there, but I'm still a foreigner.”

Berry arrived to Paris with Martinez on Tuesday, and the two will walk the red carpet on Thursday at a special festival event.

Nahla's little brother is expected to make his first appearance in early autumn.