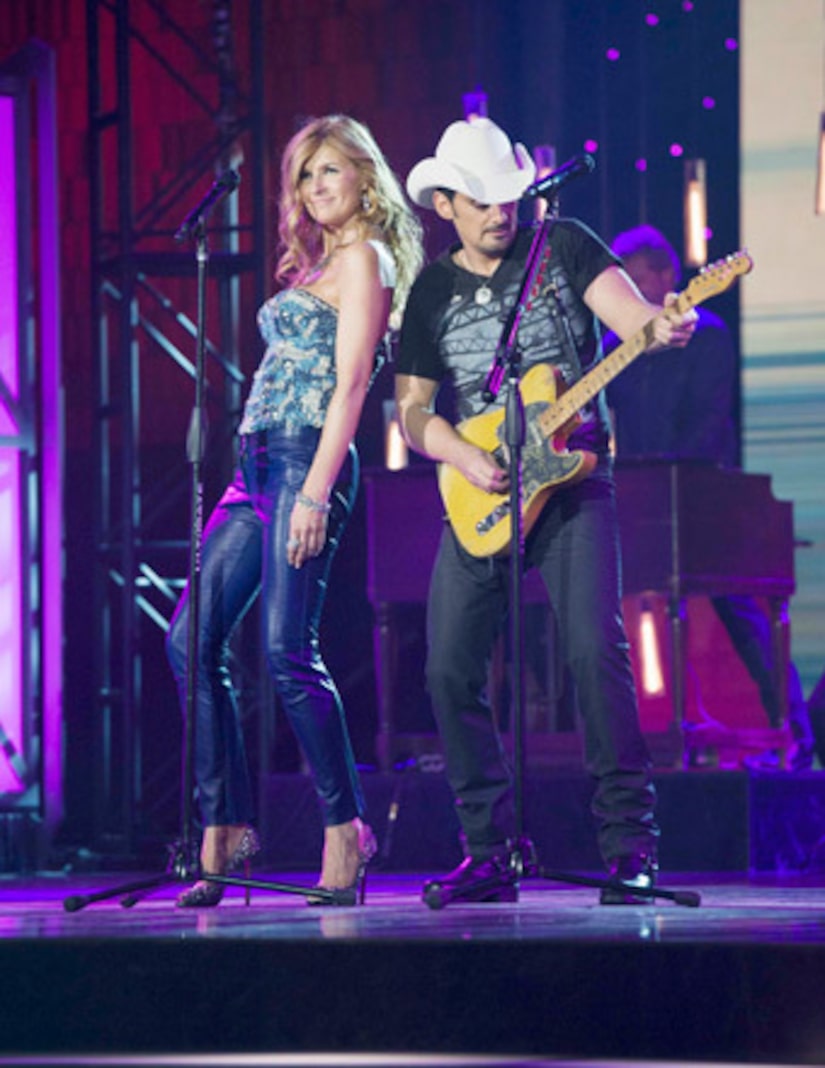 “Nashville” is ending the season on a high note with guest star Brad Paisley! The country singer will play himself in the episode, performing with Rayna (Connie Britton) and Deacon (Charles Esten) at the CMA Awards.

It's no surprise Paisley is appearing on the show… he's married to series regular Kimberly Williams-Paisley. Kimberly portrays Peggy Kenter, the woman having an affair with Rayna's husband, Teddy.

Brad is the first high-profile singer to land a role on the ABC drama. Executive Producer R.J. Cutler explained to People magazine in January, "We're focused on our cast of real country artists -- it's not a guest show; the fabric of Nashville is the fabric of our show. The musicians in the pilot are real Nashville musicians who are greatly respected there and known by country music people there."

Watch “Nashville” Wednesdays at 10 PM and catch the finale May 22.