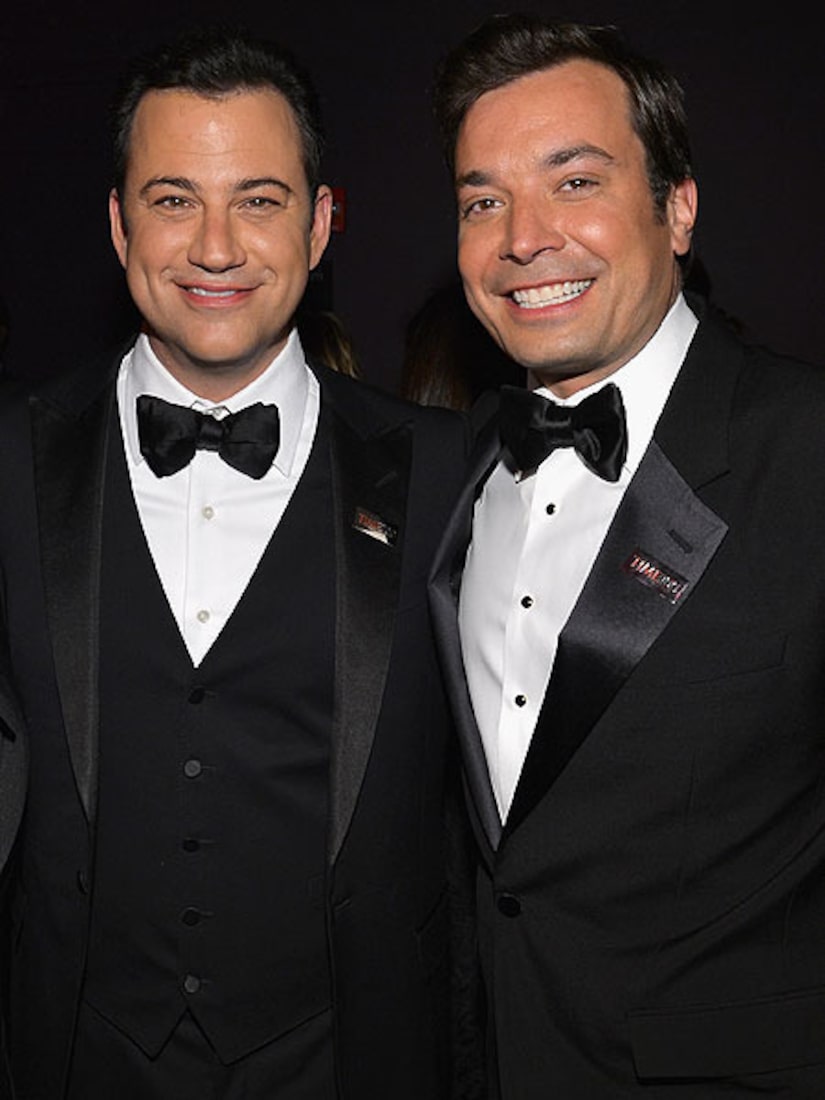 Late-night talk show hosts Jimmy Kimmel and Jimmy Fallon were with “Extra’s” AJ Calloway on the red carpet, as they celebrated being part of Time Magazine’s "100 Most Influential People in the World” gala.

The two joked about their rivalry, while Fallon opened up about his upcoming gig helming the “Tonight Show.”

Watch the interview, plus more from the gala!

Fallon explained he really is speechless about taking over for Jay Leno on “The Tonight Show” and is grateful for him. “Without him, I wouldn’t have a job. He keeps the show No. 1.”

Fallon added, “It’s big shoes to fill and I’m nervous, but you know we've got a great show… they called us up from minor leagues and we’re ready to go.”

He joked that he wanted Kimmel to be his first guest.