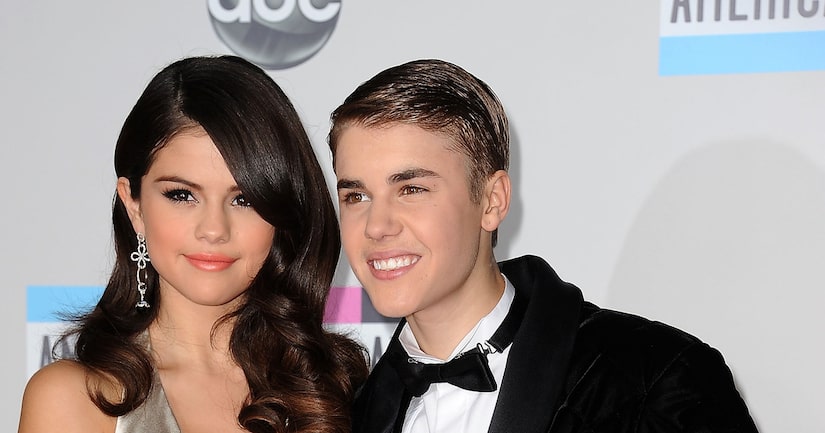 "Spring Breakers" actress Selena Gomez and pop star Justin Bieber were spotted together in Oslo, Norway, where sources say the two were "holding hands, hugging, and they kissed on the lips," reports People.

The source continued, "They looked really in love, like no fights ever happened before. It definitely looked like they were back together."

The "Beauty and a Beat" singer performed in Norway on Thursday, and will remain in Europe for dates on his Believe tour through the end of April.

Justin and Selena split in November, but have kept in touch. The Biebs was last seen visiting Gomez at her Los Angeles home in late-March.