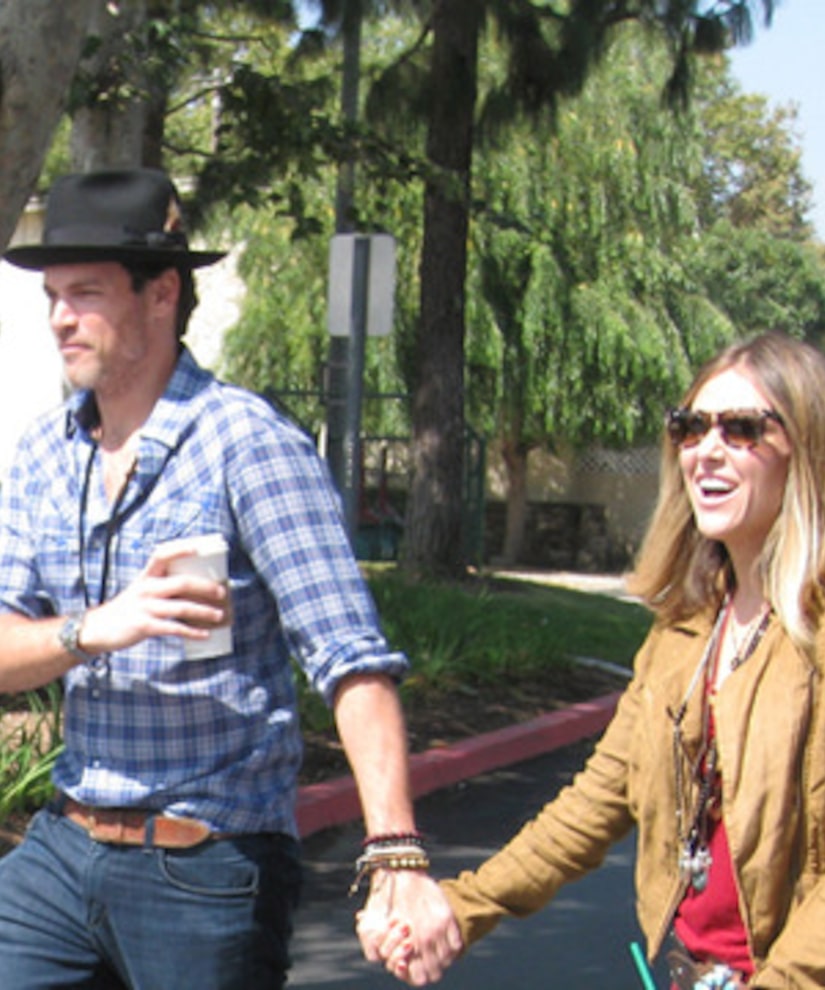 Brooke Mueller, 34, is dating country musician Jaron Lowenstein, “Extra” has confirmed exclusively. The two were spotted together in Los Angeles, and “Extra” has the first video and photos of the hot new couple.

Brooke's rep, Steve Honig, sent the following statement to “Extra” to confirm the new relationship: “Brooke and Jaron have been dating for several months. Jaron is currently in Los Angeles visiting Brooke and the boys.”

A source close to the couple tells “Extra” that Brooke and her twins have been to Nashville to visit Jaron and that the kids are very fond of him, but Honig declined to comment on the visits.

Brooke Mueller is looking healthy and happy after successfully completing rehab earlier this year. She’s been living with her two sons, Bob and Max. Mueller was married to actor Charlie Sheen for three years, but the couple divorced in 2011.

Jaron Lowenstein hit the top of the music charts with his twin brother as country duo Evan and Jaron. In 2009, Jaron released his first solo country album. He continues to record new music in Nashville and tour the country. Jaron was previously linked to actress Kaley Cuoco. They split in 2006.