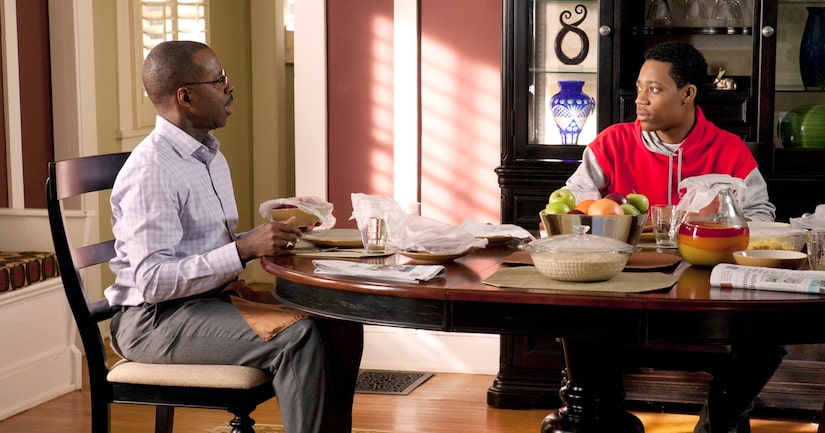 The story follows 16-year-old Cyrus DeBarge (Tyler James Williams), a shy aspiring musician who longs to tell his crush Roxanne Andrews (Coco James) how he feels about her. When he and his best friend, Kris McDuffy (Trevor Jackson) enter a songwriting contest, Kris is mistakenly named the winner for a song Cyrus wrote. Fearful of being thrust into the spotlight, Cyrus panics and allows Kris to take credit for his heartfelt lyrics and soon he's standing by as Roxanne begins to fall for Kris.

Vance plays Cyrus' father in the film and knows what it's like to be a dad. The “Revenge” actor, who is married in real-life to Angela Bassett and is a dad to 7-year-old twins, is looking forward to Father's Day.

Watch “Let It Shine,” airing Friday at 8:00 PM on The Disney Channel.