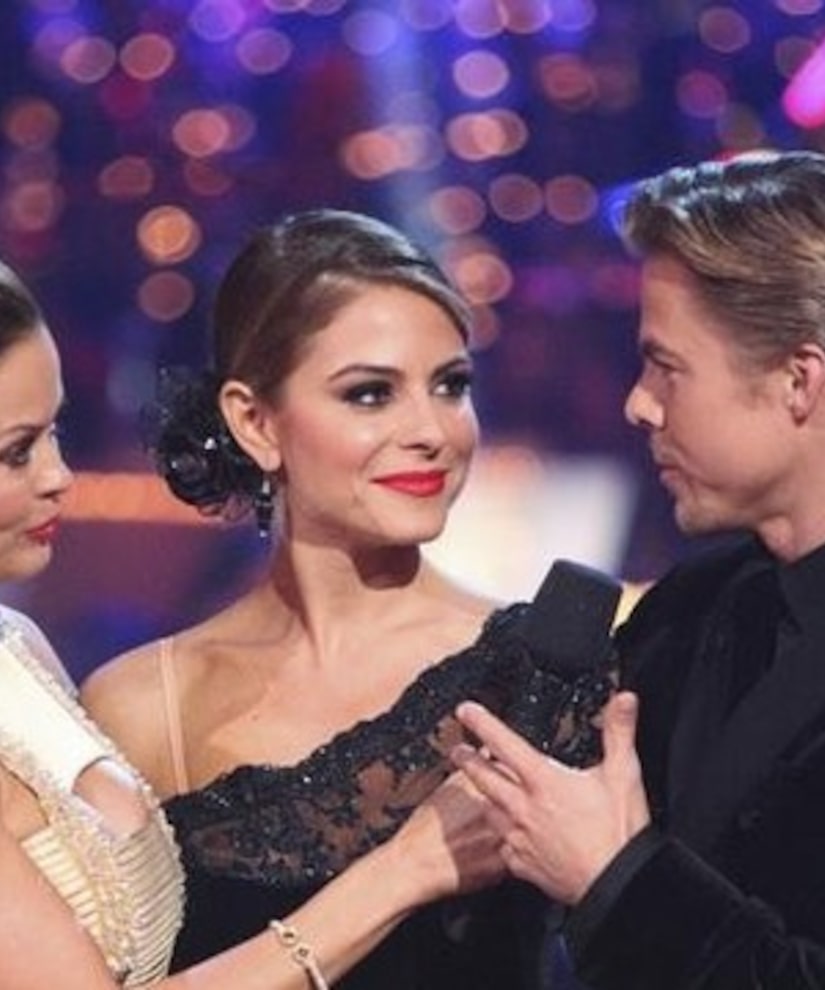 “Extra’s” Renee Bargh was backstage with “Dancing with the Stars” duo Maria Menounos and Derek Hough, talking about their surprising elimination after topping the leaderboard Monday.

“It was by one point,” said Menounos. “It was such a tight race. We never took that for granted and never thought, 'Oh my god, we are going to make it because we're in first place.'”

Bargh marveled how Maria held it together when she received the news. Hough said he prepped his partner beforehand. “I woke up this morning with an overwhelming feeling we're going home tonight.”

The “Extra” host joked she wasn’t going to miss Derek that much because “I'm going to see him all the time. I know the code to his apartment.” [Cue Maria’s laugh] She did admit she would miss, “Eating Starbursts and being crazy in rehearsals.”

Fellow contestant Katherine Jenkins was shocked Maria didn’t make it through to the finals. “I totally think she should've been in the finals,” she told Renee. She's danced amazingly.”

Check out Maria and Derek on "Good Morning America," talking about their unique chemistry!

Katherine and partner Mark Ballas are going to the finals against William Levy and Cheryl Burke, and Donald Driver with Peta Mugratroyd.

It was also confirmed Tuesday that the next season of “DWTS” will be an all-star version. Cast your dream team at Facebook.com/Extra!