"Extra" host Maria Menounos kicked off Season 14 of "Dancing with the Stars" on Monday, and told "Extra's" Renee Bargh, "It was crazy!"

"It's like a rush!" gushed Menounos, who added that her fellow "DWTS" contestants are going to give her a run for the mirrored ball. "After seeing everyone, who is the biggest competition, everyone?"

The two couples to take the early lead were Welsh classical singer Katherine Jenkins and her partner Mark Ballas, and actor Jaleel White and his pro Kym Johnson, who tied with high scores of 26 points.

Cuban singer William Levy and his pro partner Cheryl Burke were next on the scoreboard with 24 points. Judge Bruno Tonioli declared them "the hottest package of the season," as the duo received a rousing standing ovation.

Levy told Bargh, "I wasn't expecting it. I was hoping to do something good."

Maria and partner Derek Hough said they are going to step up their game after seeing Levy and Burke perform. Derek joked, "Next week I am going to have to come out with no pants." Maria joined in, "I am going G-string."

Maria and Derek celebrated after the show. Check out the pics, courtesy of AfterBuzzTV.com! 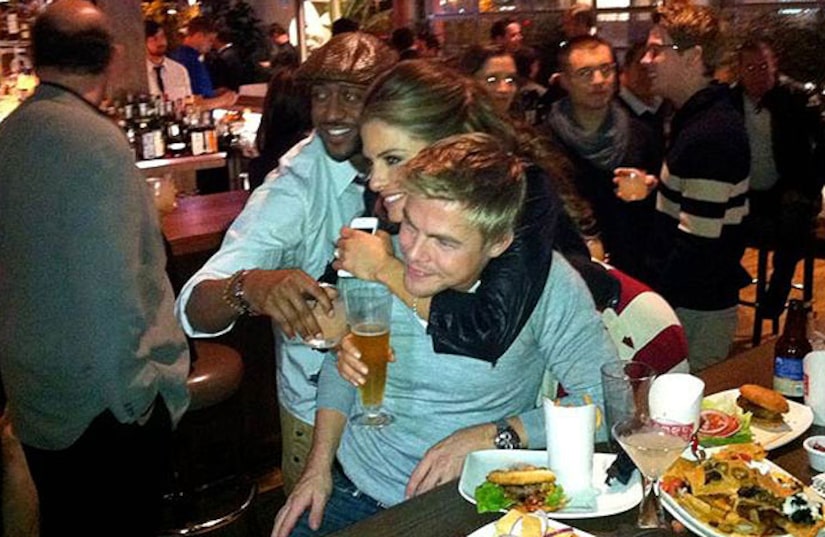 And watch them share their feelings about their big premiere with AfterBuzzTV!

Plus, watch all the after-"DWTS" party action from the other contestants!