In part two of "Extra's" exclusive interview with Simon Cowell, the "X Factor" creator told our Terri Seymour his plan of attack for competing this fall in what may be the same time slot as NBC's "The Voice." 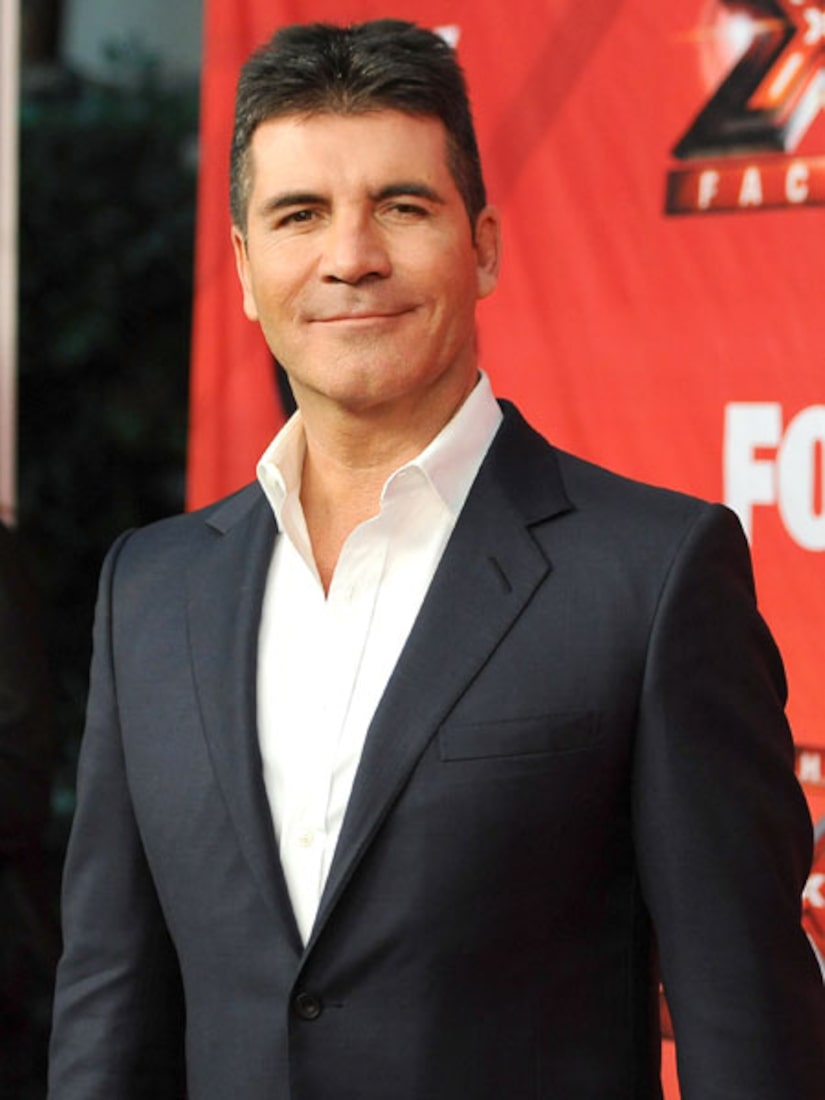 "If I'm right, 'The Voice' is now going to compete with us in the fall. You have to rethink things even more than we were a couple of weeks ago... 'cause now it's war."

Simon added, "I really am up for that. I think it's crazy, but if that's what they want to do, then we have to be better."

The wildly successful TV mogul, who has to fill two judges' seats and find a host for next season's "X Factor," observed, "You know what's interesting? When everyone talks about artists competing, it's like suddenly this massive punch-up between all these competition shows. So it's really, really, really competitive... in a way that's more exciting than anything else at the moment, and I kind of feel like the underdog, so I like it."

Cowell, not fazed by Grammy-winning musical artists serving as judges on "The Voice," said, "I would ask how many hit records have they made... how many artists have they discovered (referring to the show itself). That's where we have to be different on our judging panel. It's very important that you have people on the panel who have actually signed and made artists successful all over the world, not just have had hits yourself. That's why you have a judging panel. I was kind of surprised at that."

Cowell is also surprised that he doesn't get credit for the innovation of using mentors in talent shows, and he set the record straight. "Everyone thinks that 'The Voice' started this whole mentoring thing. It's complete nonsense. Our [UK] show was on years before then and we were always different from other shows because our judges were mentors. Then they come out before us in America and they have mentors. But that was copied from us."

With "X Factor," "American Idol" and "The Voice" all up against each other, Cowell clarified his recent "X Factor" "bloodbath" comments, and said, "I was slightly misquoted when I said there was going to be a bloodbath. I wasn't actually referring to the 'X Factor' having a bloodbath. I said, 'The whole market will be a bloodbath because everyone wants to be in this market now' and certain people are going to suffer because of it. You have to make sure you're not one of the ones that's going to suffer and the only way around this is -- and I've been in this business for many, many [years]. You make better shows; you make them more interesting. You make changes. You have to be unpredictable and you have to find stars. That's what it's all about."

Always one to speak his mind, Simon defended the Queen of Pop and addressed recent Madonna vs. Elton John headlines, pointing out, "It sounds unnecessarily b***hy. To be fair, Madonna is making better albums than Elton John right now. I'm kind of in Madonna's corner."

Regarding any negative publicity surrounding Howard Stern's new role as judge on "America's Got Talent," Cowell said, "All this stuff that he's gonna come in and upset everyone by doing this and that -- I mean, you've got to remember: this guy is smart and just loves the show."

Seymour followed up with, "What's the most romantic thing you've done for Valentine's Day?" Simon replied, "I took you for a walk in the park," to which Terri scoffed, "I'm not a dog!"