"Extra's" Mario Lopez chatted with talk show host Ellen DeGeneres about her big plans for her birthday, teaming up with JCPenney... and buying Brad Pitt's home!

Jimmy Kimmel will be co-hosting "The Ellen DeGeneres Show" Thursday, for Ellen's birthday extravaganza. She explained, "He's going to be co-hosting, so I don't have to work so hard on my birthday... Earth, Wind & Fire is going to be the house band."

And how will DeGeneres be celebrating with wife Portia de Rossi? "Her birthday is the 31st, so we're just a few days apart. We usually do a joint thing. We did one big party one year, but it's going to be quiet. I've been working extra hard lately." 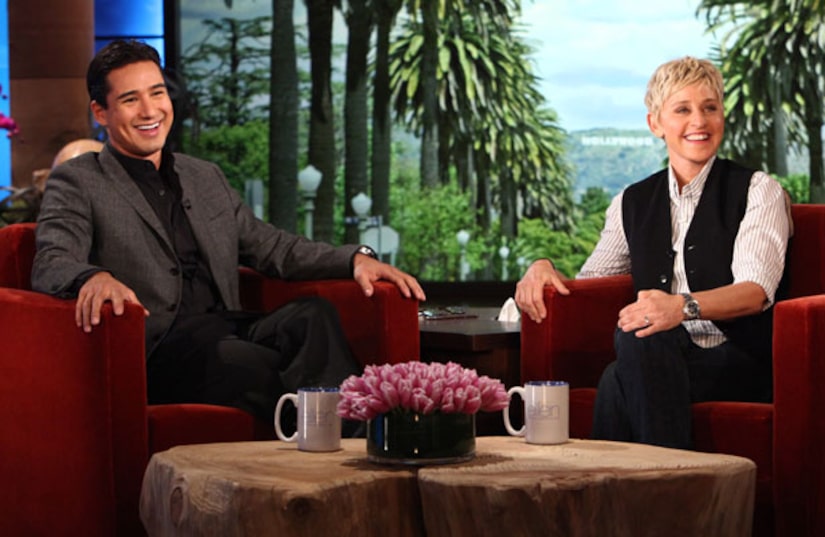 Ellen's hard work includes recently signing up with JCPenney. She said, "I'm going to be doing some things in the store. I'm going to have a lot of creative things to do with the store. And then I've shot five commercials. I'm wearing a dress in one!"

Ellen also revealed her first job was working at a JCPenney's. "I sold clothes in the women's department," she laughed. "And rehung things when people put them in the wrong place. I was like, 'How does that look like that would go there?'"

As for buying Pitt's lovely Malibu house, Ellen described the process. "We were negotiating, yes. He was trying to sell it. I was trying to buy it. He was higher. I was lower," jokingly adding, "I was like... give me a break!"

Tune in to see Mario strip to his sexy new underwear line on "Ellen" Wednesday - and watch for her upcoming month of great guests, including First Lady Michelle Obama and Jennifer Lopez and Marc Anthony, together!