"Extra's" Renee Bargh visited the set of the new NBC show "Are You There, Chelsea?" based loosely on talk show host Chelsea Handler's bestselling book.

The show features "That '70s Show" star Laura Prepon as a 20-something bartender who tries to change her life after being arrested for a DUI. 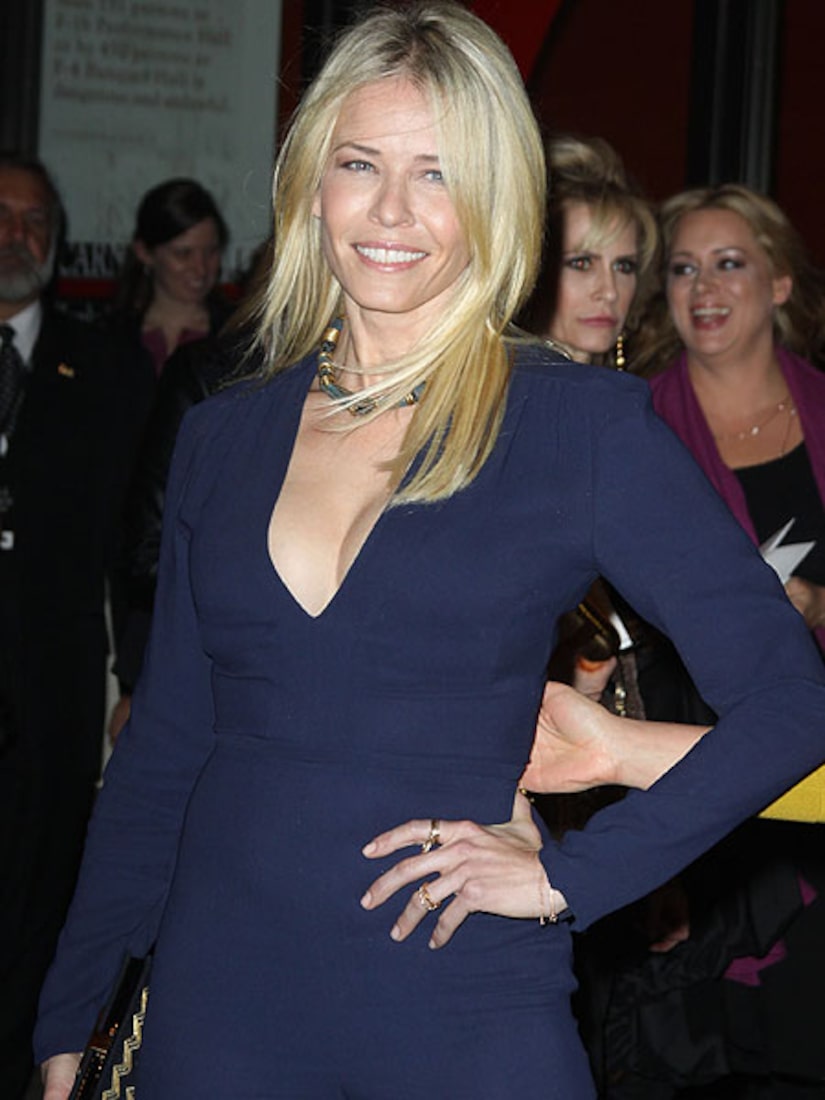 The "Chelsea Lately" host told Bargh she cast Prepon to play her "because I couldn't bear to do it anymore. I played myself my whole life, so I needed somebody else to take one for the team."

Instead, Handler decided to play Prepon's onscreen sister. Chelsea explained, "I had to audition myself and I said, 'That girl has got what it takes to play a pain-in-the-ass sister.'"

"Are You There, Chelsea?" premieres January 11 on NBC.