Cowell, who threw his pen across the table after judges Paula Abdul and Nicole Scherzinger voted Drew off the show, said, "I've calmed down a bit. I just felt for her, Terri."

Ryniewicz sang a rendition of Michael Jackson's "Billie Jean," and Simon admitted, "I shouldn't have chosen that song, it was too slow," and added, "I [was] begging these two [Paula and Nicole] to give her another chance." 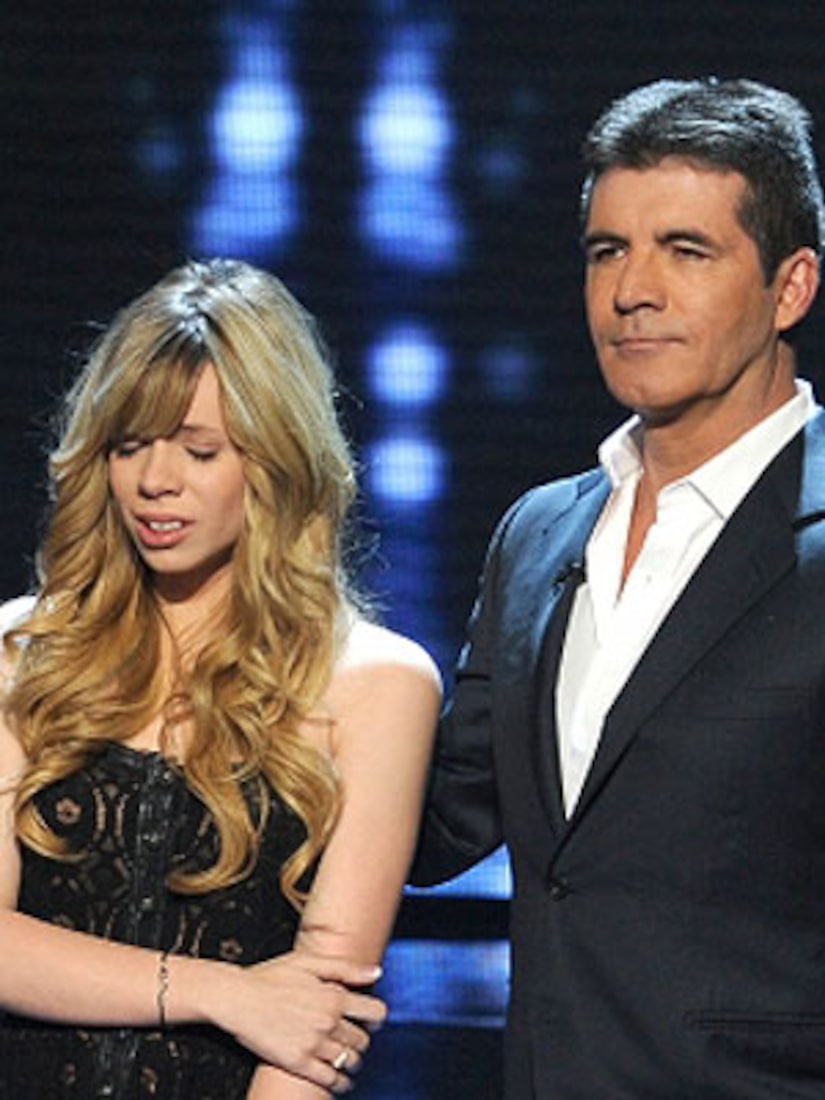 Terri also caught up with Paula, who addressed the Simon/Drew situation, saying matter-of-factly, "I was a little taken aback by his reaction. I know how upsetting it is, but on the other hand, it's a competition and there's only one person who wins it."

Seymour wanted to make Cowell smile, and brought up the fact that he is one of Barbara Walters' 10 Most Fascinating People of 2011. Cowell exclaimed, "How do you go from that to that, Terri?! What has happened to you, Terri, it's like you've turned into me?!"

Simon revealed the most intriguing question from Walters was, "Do I need therapy?" Seymour commented, "Well after tonight... obviously, yes!"

Tune in to "X Factor" next week, as the final five contestants take to the stage.