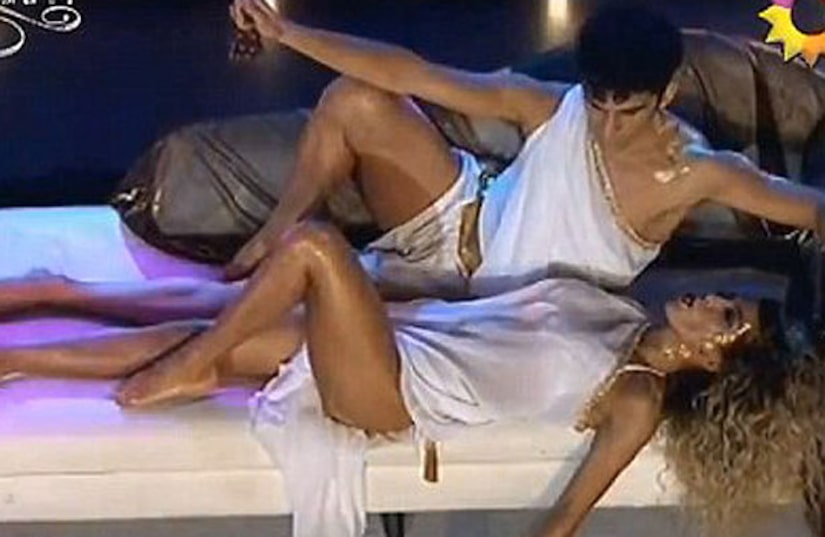 The dance began with the partners wearing skimpy togas and continued as each of them tore off pieces of the other's clothes.

Check out some images at The Daily Mail!