"Extra" correspondent Jerry Penacoli dished with "Desperate Housewives" cast about their final season -- and he's got the inside scoop. 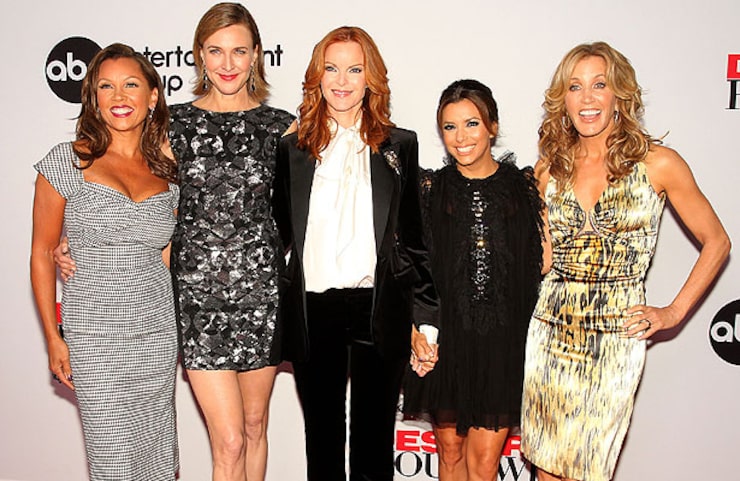 The women of Wisteria Lane are going to be doing what they do best: covering up a murder. Star Eva Longoria, who plays sultry Gabrielle Solis, explained. "It kind of goes back to one mystery connecting all four of us. And this murder of my stepfather provides for so much drama, but so much comedy -- and all of us trying to keep it a secret."

How would they like to see the whole thing end? Longoria replied, "I think we should all drive off a cliff like 'Thelma and Louise,' but all four of us in the car." Marcia Cross, who plays the conniving Bree Hodge added, "And my feet hanging out the window like, 'Whatever you guys want to do is cool with me!' So I'm in! I'm in that car!"

Vanessa Williams, who plays newbie Wisteria Lane denizen Renee Perry, laughed and said she hopes her character lives. "In my fantasy... I'm alive, so there'd be a spin-off!"

Once the last show has wrapped, Williams said she'll be "probably picking my daughter up in carpool! It's back to reality."