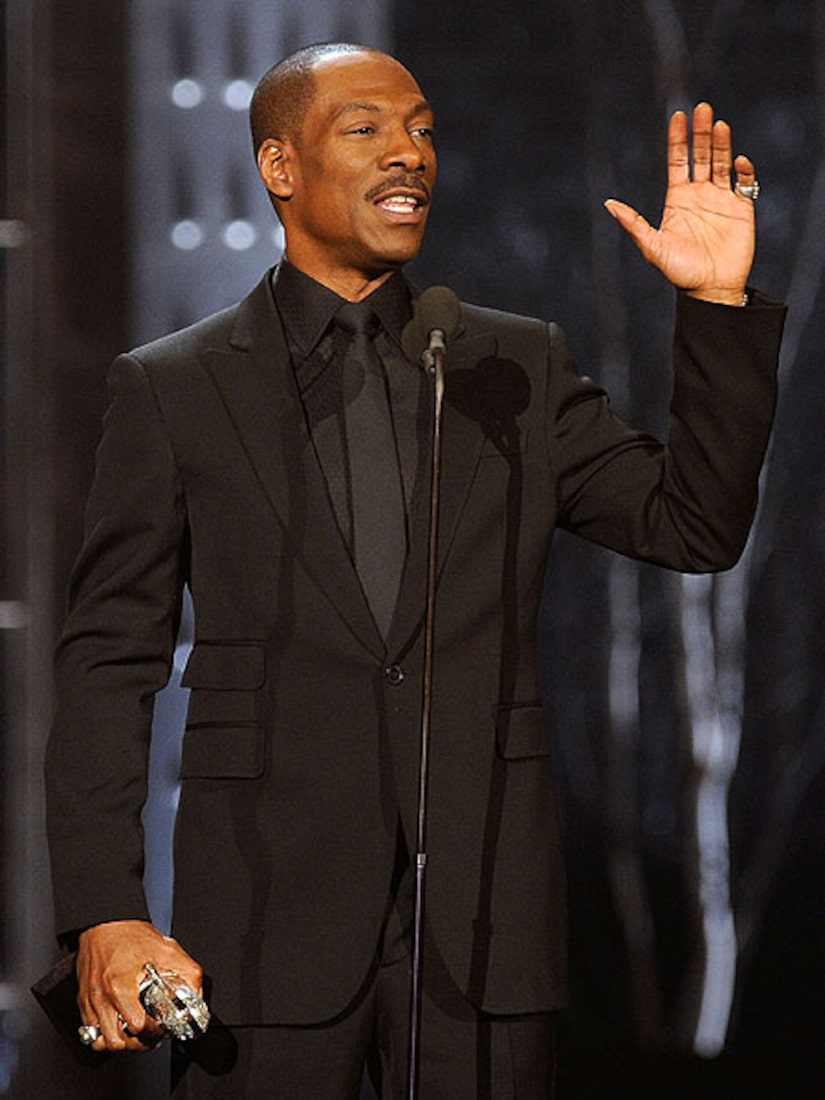 Ratner just finished directing Murphy in the upcoming comedy "Tower Heist," and reportedly wanted the funnyman to host, according to the Hollywood Reporter.

Ratner called the 50-year-old entertainer "a comedic genius; one of the greatest and most influential live performers ever." Mischer agreed, saying, Eddie is "a truly groundbreaking performer" whose "quick wit and charisma will serve him very well as Oscar host."

Billy Crystal, who hosted the Oscars eight times between 1990 and 2004 and who took part in the most recent broadcast in a segment toasting Bob Hope, was another name that was circulating. Crystal himself has said he'd be interested in returning to host again.

Murphy said in a statement Tuesday that he is "enormously honored" to join the ranks of previous Oscar hosts such as Johnny Carson, Bob Hope, Billy Crystal, Steve Martin and Whoopi Goldberg.