TV executives for Bravo took held a meeting on Wednesday at Adrienne Maloof's mansion to discuss the suicide of Taylor Armstrong's husband, Russell Armstrong, according to RadarOnline. 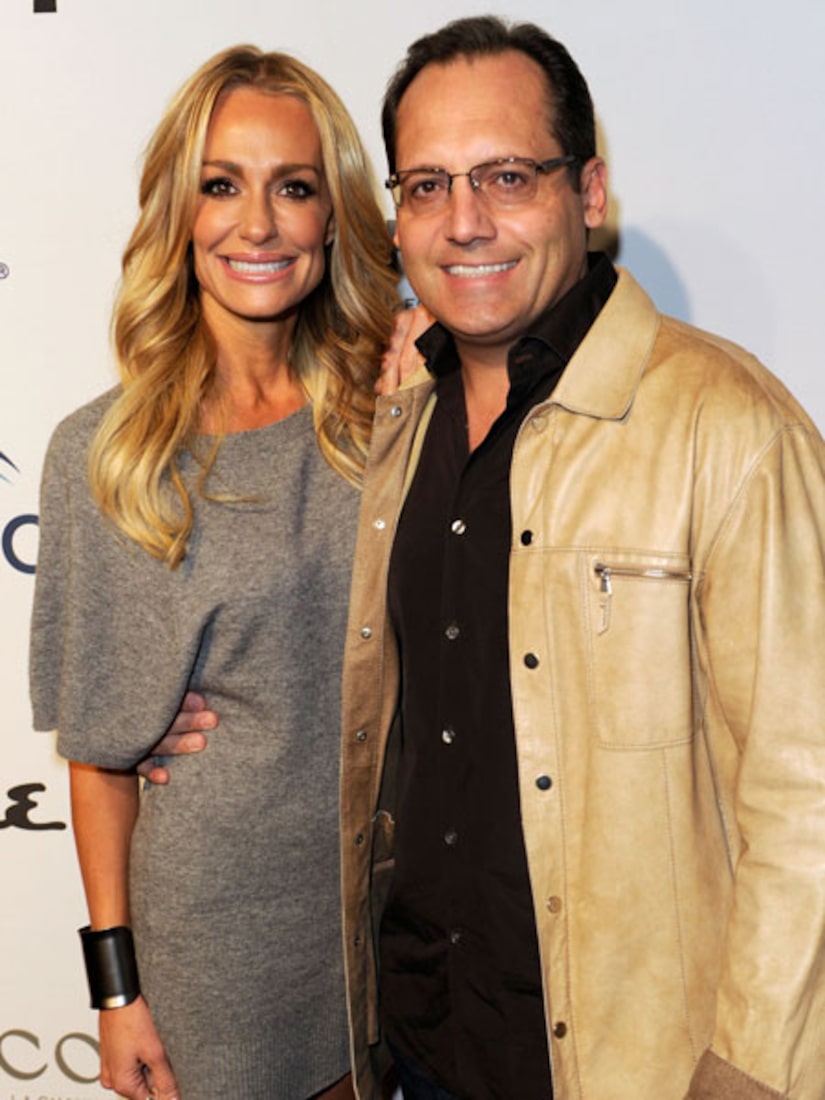 A source revealed the gathering was "somber" and that "everyone in the room was still mourning and simply shocked by Russell's death."

The producers of "The Real Housewives of Beverly Hills" are in the process of figuring out how they will air the footage of Russell and Taylor -- who had been in counseling to work on their marriage - recorded by cameras.

"The people at Bravo just want to do the appropriate thing," the insider explained. "Their first priority is being respectful to Russell, Taylor and their families."

Bravo has reportedly instructed the housewives to keep mum to the media about Russell's death.

Russell, 47, was found dead at his friend's home in Los Angeles on Monday. No suicide note was found.