"American Idol" host Ryan Seacrest tweeted a pic of himself having lunch with judges Randy Jackson, Steven Tyler -- and Jennifer Lopez, who FOX announced Wednesday is officially returning to the show for a second season! 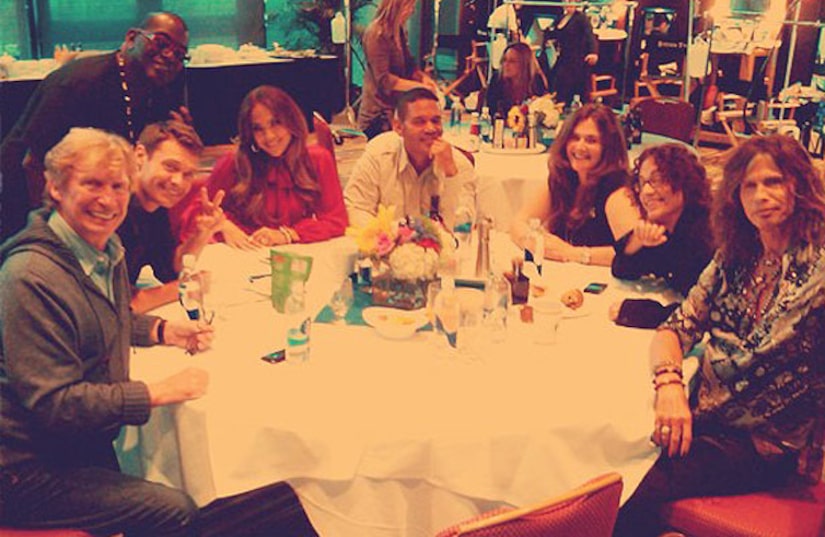 "First lunch w/the crew for @americanidol season 11," Seacrest wrote of the snap taken during a break from filming the Savannah, GA auditions.