Now that she's engaged, Ashley Hebert is making plans to move to New York, where fiancé J.P. Rosenbaum, 34, works as a construction manager. As far as a timeline for a wedding is concerned, the 26-year-old explained, "To be honest, this is our first day out as an engaged couple, so no major plans."

Hebert chose the man of her televised dreams on Monday night's finale of "The Bachelorette," and the happy couple opened up to "Extra's" Adrianna Costa in NYC.

Rosenblaum revealed he and Hebert had to keep their engagement a secret since the show wrapped. "The past two months we've been seeing each other every two weeks, very low key," J.P. revealed, with Ashley adding that the two had code names. "He was Danny Hilton and I was Sandy Hilton." 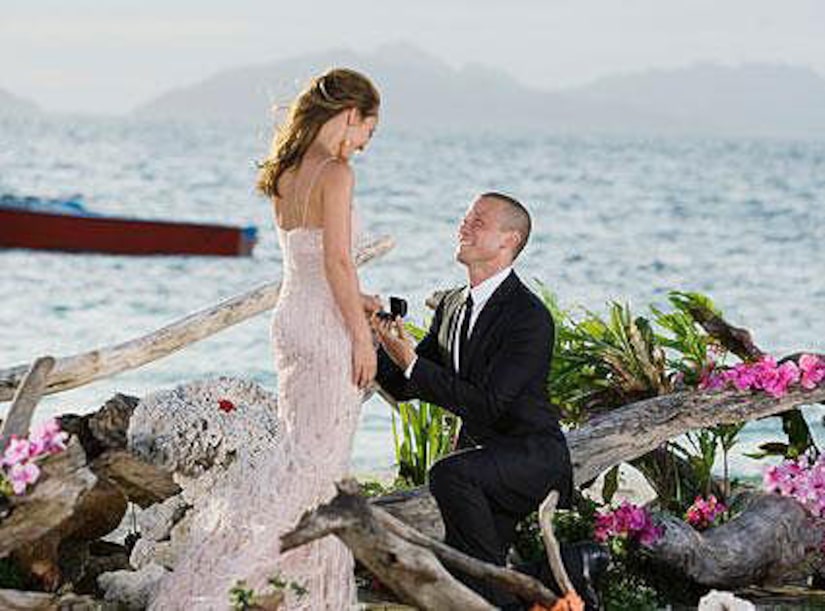 Adrianna asked about the big fight Hebert had with her sister, Chrystie, who made it clear she didn't approve of her sister's choice of Rosenbaum. Hebert said, "She's been so sweet and supportive. It's as if the person in Fiji didn't exist. I don't know who that was."

Ashley, apparently happy with her decision and future with J.P., said, "I don't have doubts with us."