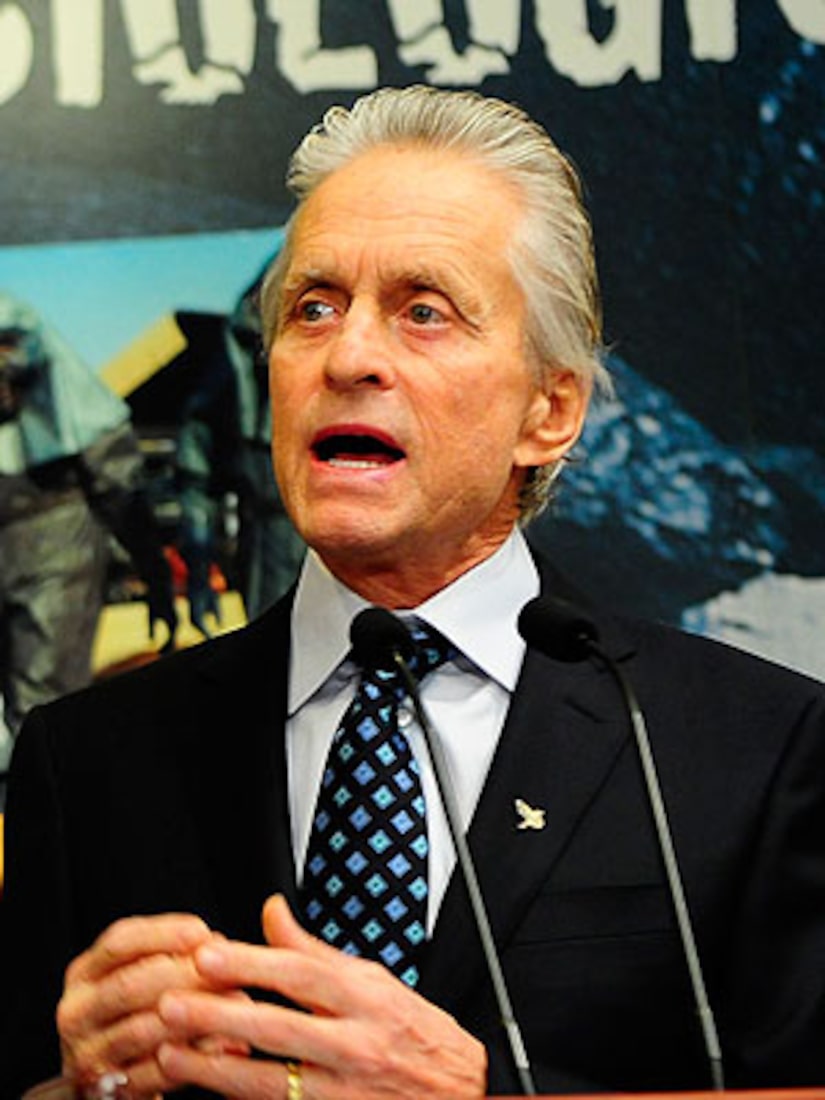 A furious Michael Douglas chats with Oprah in an episode airing next week, in which he discusses his wife Catherine Zeta-Jones' struggle with bipolar disorder, and says she was "outed" in her illness.