Emily Maynard made a phone call to her fiancé, "Bachelor" Brad Womack, to tell him it was over, Life & Style.com reports. 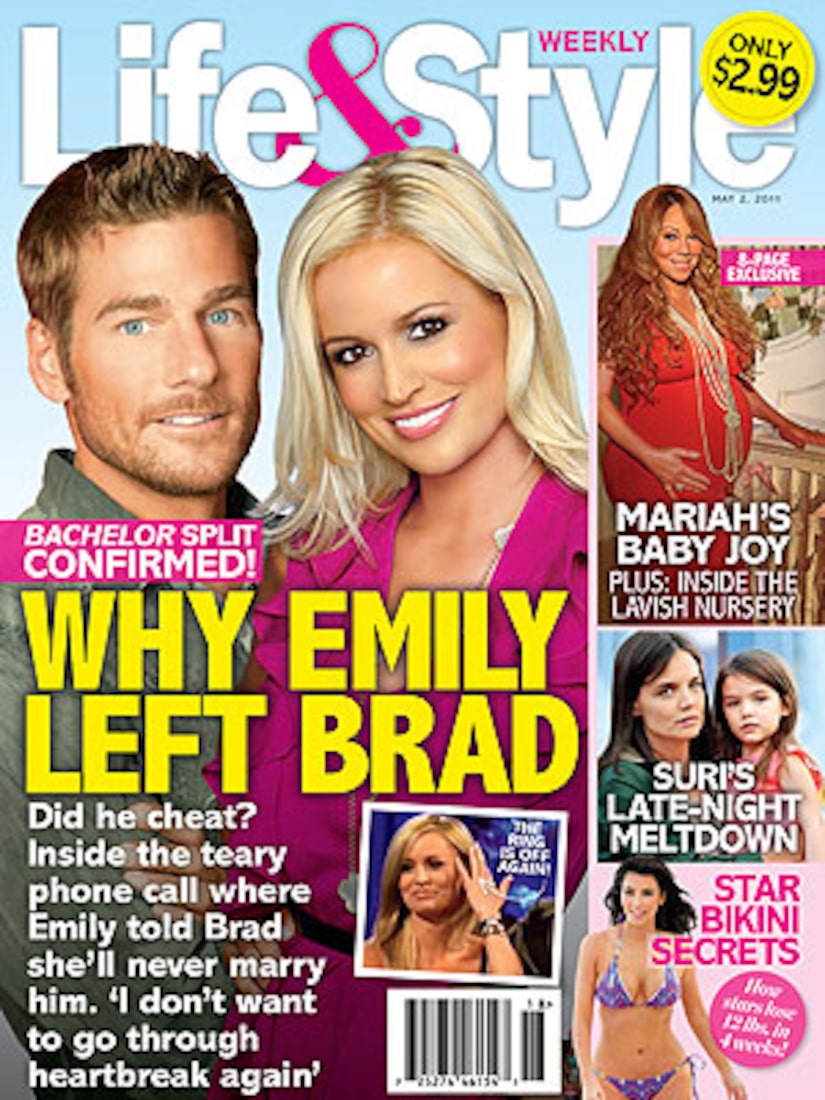 Emily apparently called Brad over the weekend of April 9 to call it quits, after she feared he would never change his independent ways.

A friend told Life & Style that Brad put an offer on a new home in Austin, Texas -- without even consulting Emily or asking her to come to see it first. "She obviously feels that it isn't the behavior of someone who plans to be with her."

Womack asked Maynard to marry him on "The Bachelor" season finale in March. Since then, the two have gone public with their struggles to make the relationship work, but had been supporting each other.

Alas, another reality romance into the fail heap.