After her sexy performance with partner Maksim Chmerkovskiy on Monday night's "Dancing with the Stars" -- with a special appearance by BFF John Travolta, Kirstie Alley dished about her "Dancing" diet secret and laughed, "I don't eat!" 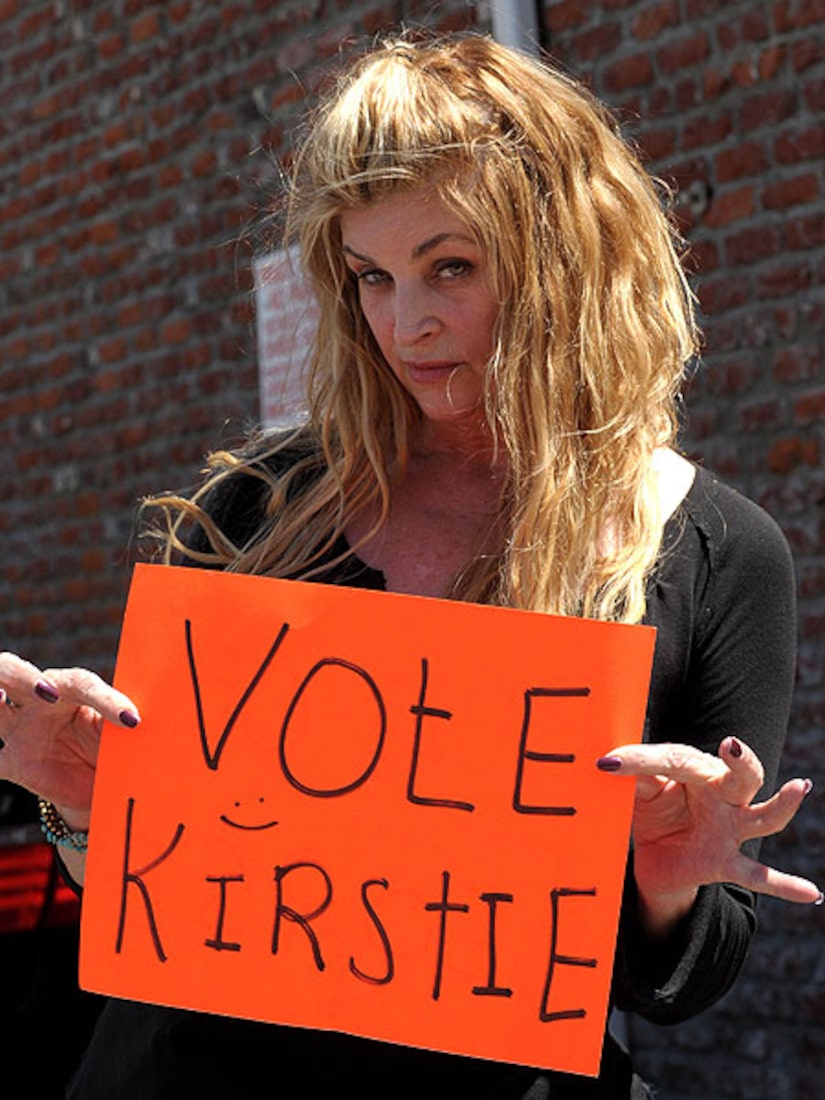 (Determined to win "DWTS," Kirstie pulled out a "Vote Kirstie" sign in the parking lot of the reheasal studio on Monday.)

The actress pointed to a tattoo of a slim pin-up girl on Maks' back and declared, "This is me in a month-and-a-half." The actress also revealed, "I haven't weighed myself in the last four weeks." The slimmed-down actress may not know her weight, but she does have a goal in mind. "I bought these dresses from a [size] twelve to a two. Tonight I'm a six. When I'm a two, I'm done, people!"

Fellow "Dancing" star Chelsea Kane's favorite snack is a doughnut, "which I eat every day!" she admitted, while Ralph Macchio likes treats made for people over the age of 21, preferring "sweets and truffles with vodka in it."

Their diet routines may differ, but the cast will always agree that one of their favorite L.A. hotspots is Italian eatery, Maggiano's, at The Grove.