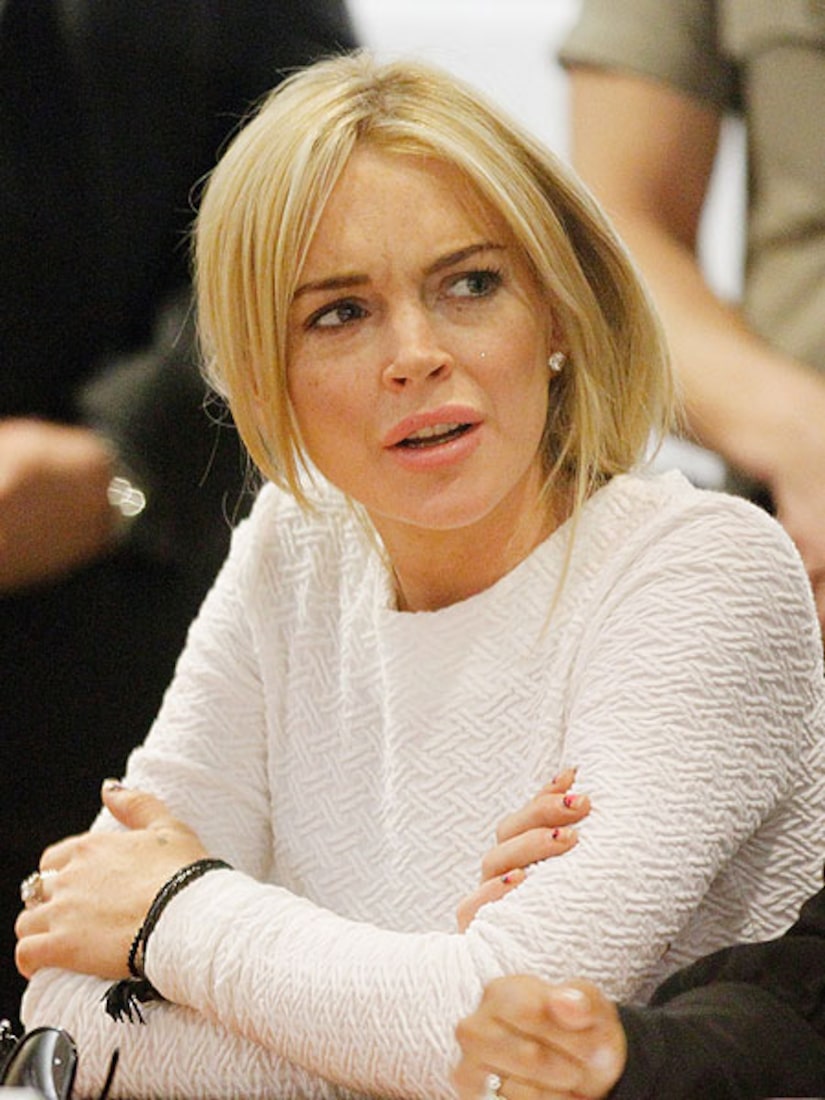 Before the Felony: Lindsay Models

Four days before Lohan allegedly stole a necklace worth $2,500, she reportedly tried walking out of the same Venice jewelry store with a diamond earring, according to a police report obtained by TMZ.

On that day, while Lindsay was in the store, she allegedly tried on a pair of 18-karat gold white diamond earrings. She removed only one earring and kept the other in her ear as she browsed the store.

The report states "Ms. Lohan gathered her things and started to leave the jewelry store without making a purchase. Ms. Lohan's hair was flipped to one side covering the diamond earring." The store owner reminded the actress about the earring before she left the store. Lindsay returned the earring to the owner, laughing and admitting her mistake.

According to TMZ, the diamond earring incident could actually help Lindsay in her case, since she could use her absentmindedness as part of her defense.