Despite Ricky Gervais' controversial performance at the Golden Globes this year, the comedian has been asked to host next year's show! 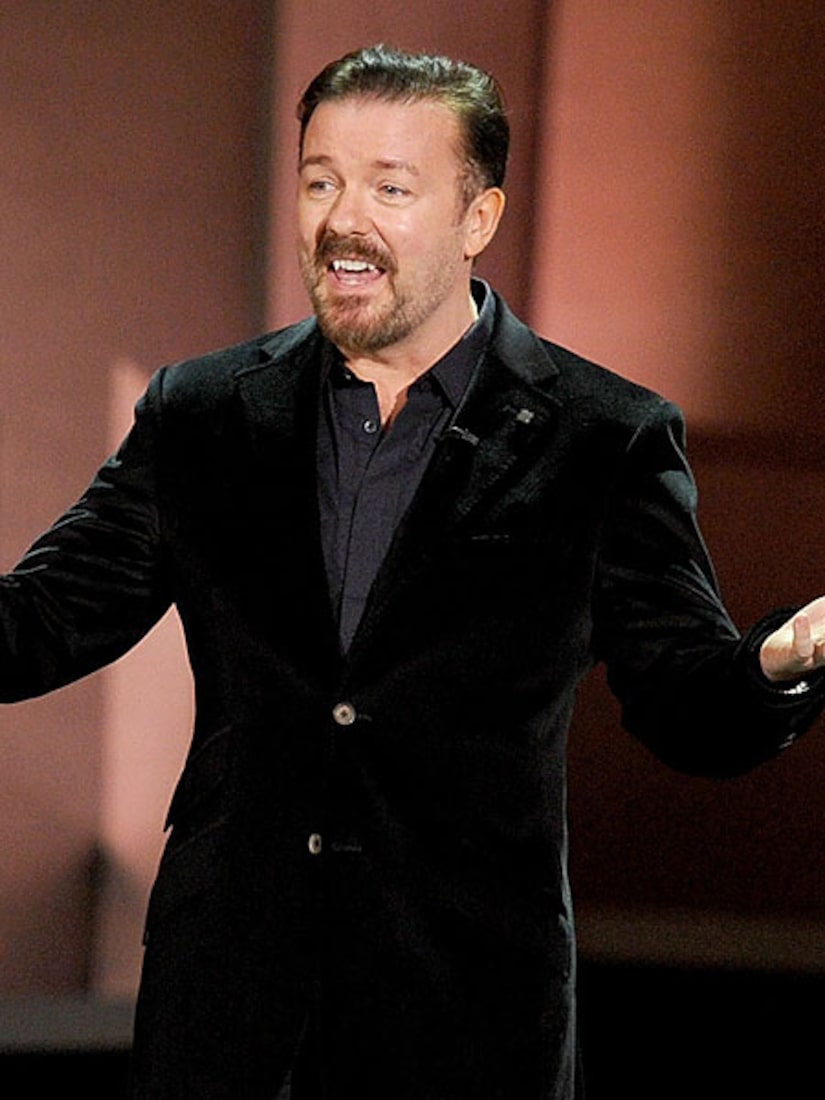 At first, the Hollywood Foreign Press Association claimed they would not ask Gervais to host again, but theyv'e apparently changed their minds since numbers don't lie. The Globes telecast was watched by almost 17 million viewers and beat all network competition in its time slot -- surpassing even last year's TV audience.

In his response, Gervais said, "The ratings went up again, and the organizers asked me to consider a third year. I don't think I should. I don't know what I could do better. I certainly couldn't get more press for them, that's for sure."

UPDATE: Phil Berk, head of the Hollywood Foreign Press Association, is denying that Ricky Gervais was asked to return as host of the Golden Globes in 2012. Berk tells The Hollywood Reporter, "There is no truth to this rumor. We have not asked him to come back."