Matt LeBlanc and Matthew Perry still have their friendly bond, but both have moved on to new TV shows, premiering mid-season.

Perry is starring in the upcoming ABC show "Mr. Sunshine," playing an unlucky-in-love owner of a second-rate sports arena. "It's an exaggerated version of myself," Perry explained to "Extra." 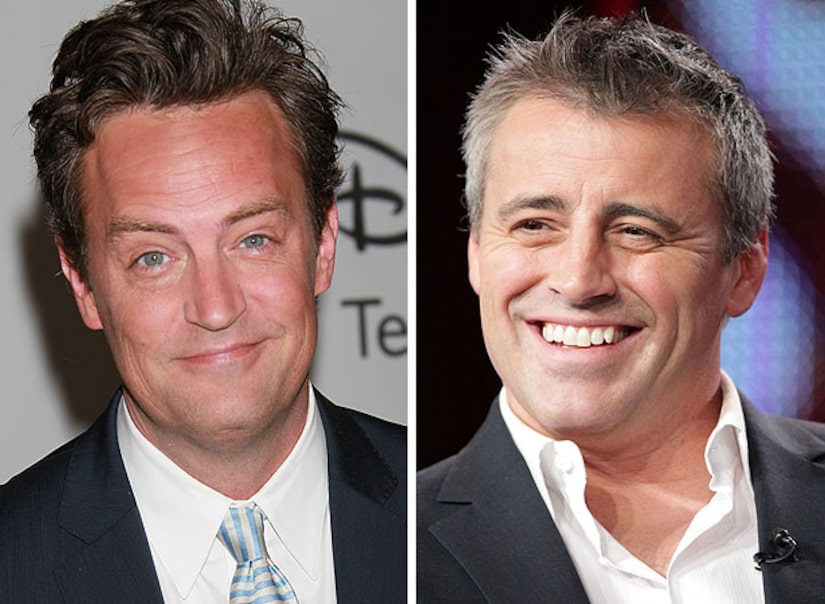 LeBlanc is back on the small screen for the first time since his ill-fated "Friends" spin-off, "Joey," playing a fictionalized version of himself in the Showtime comedy "Episodes."

Matt admitted to "Extra" he wasn't necessarily looking for a new gig since he and the other "Friends" cast members were making $1,000,000 per episode toward the end of the show's 12-year run, with percentages of future profits. "I was fine at home doing nothing. Been spending time with my daughter, who will be 7 next month, and just kinda goofing around."

While there's no chance of a "Friends" reunion anytime soon, LeBlanc hinted he and Perry might pop up on each other's shows. "There'll always be that bond between us."

"Episodes" airs on Showtime on Sunday nights at 9:30 PM, while "Mr. Sunshine" premieres on ABC Wednesday, February 9 at 9:30 PM.