NBC has confirmed Ricky Gervais will make a brief cameo appearance on "The Office" next week (Jan. 27), reprising the role he made famous in the original British version he helped create. 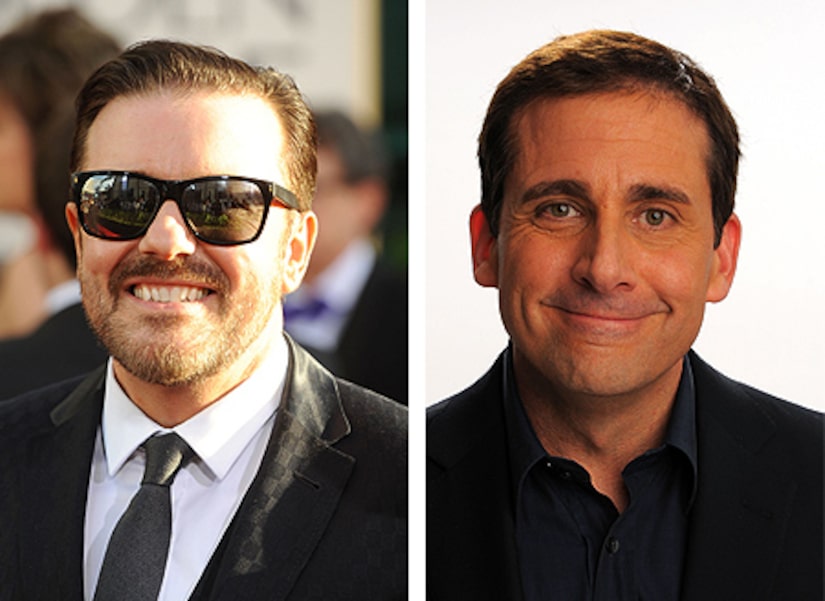 Playing the character of David Brent, sources say Gervais will have a run-in with Michael Scott in the cold open of the show -- a cameo shot back in September when Gervais was in town for the Emmys.

"The Office" show-runner Paul Liberstein told Vulture.com about Gervais' appearance, "It's a little more than if you blink, you'll miss it, but if you don't set your TiVo right, you'll miss it."

Paul continued, "Ricky had wanted to do something [with the American "Office"], and it felt like we shouldn't go the whole series without them connecting."