Quarterback Brett Favre has come under fire for allegedly trying to make an unwanted forward pass at a reporter while they were both employed by the New York Jets.

While playing for the Jets in February, Favre apparently became smitten with Jenn Sterger, a Jets sideline reporter, and began leaving her voicemail and texts that eventually led to him sending her unwanted and inappropriate pictures of himself, according to Gawker sports blog Deadspin.com. 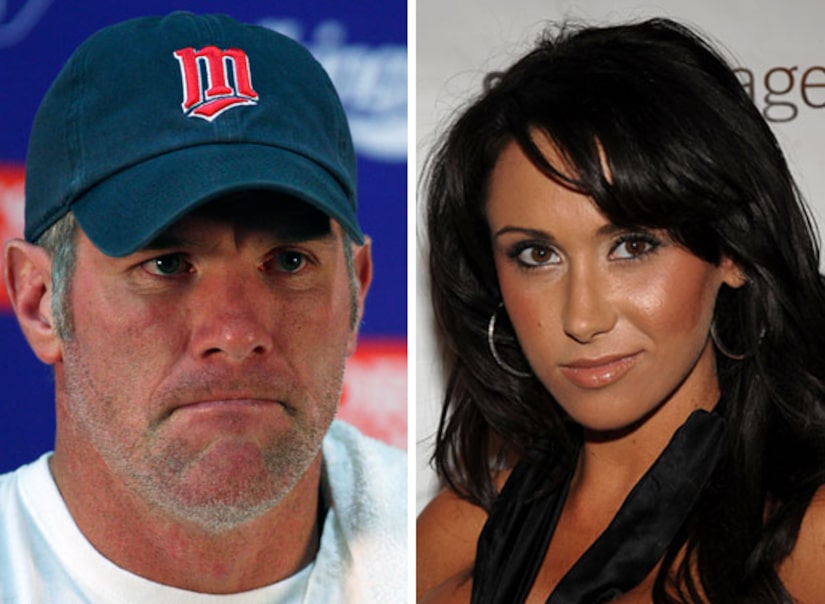 And now it appears Sterger wasn't the only woman who received such lurid text messages from Favre while he played for the Jets. The quarterback also pursued two team massage therapists, according to one of the women who came forward anonymously.

NFL Commissioner Roger Goodell told Crimesider.com that the league will "make a determination" if Favre, who now plays for the Minnesota Vikings, should be penalized under its personal conduct policy. Goodell said that the NFL is "making sure we understand all the facts."

Meanwhile, Sterger, who is now a personality for Versus, a sports-oriented cable channel, is not speaking on record about the matter, says Deadspin Editor-in-Chief A.J. Daulerio. Any new evidence has been "acquired from a third party."

Favre has been married to his wife, Deanna, for 14 years.