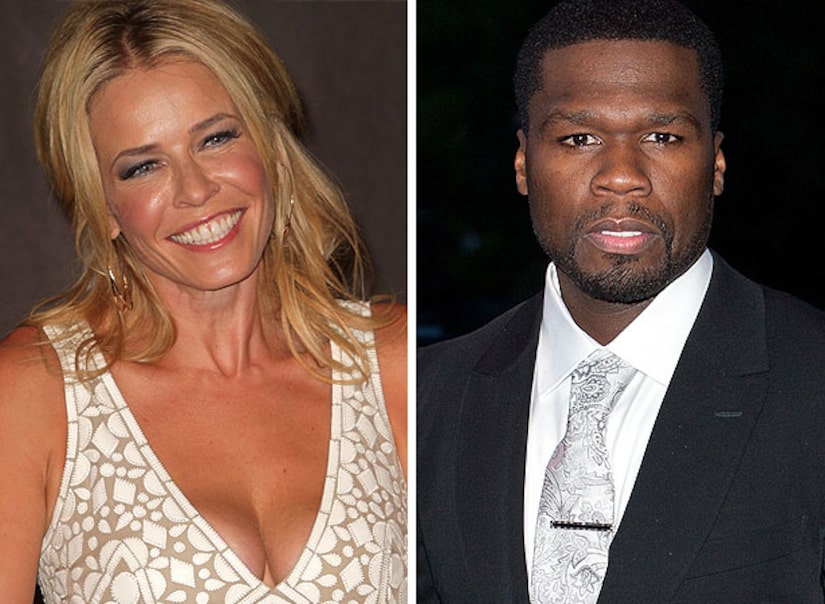 "It's been going on awhile," a source told UsMagazine.com. "It's more of a hookup thing -- whenever they are in the same town."

A rep for the "Chelsea Lately" host said, "She saves all her comments for her own show."

Handler was dating Animal Planet star Dave Salmoni but split with him in September. 50 Cent (real name: Curtis Jackson) briefly dated actress Vivica Fox in 2003, and has a son with ex-girlfriend Shaniqua Tompkins.