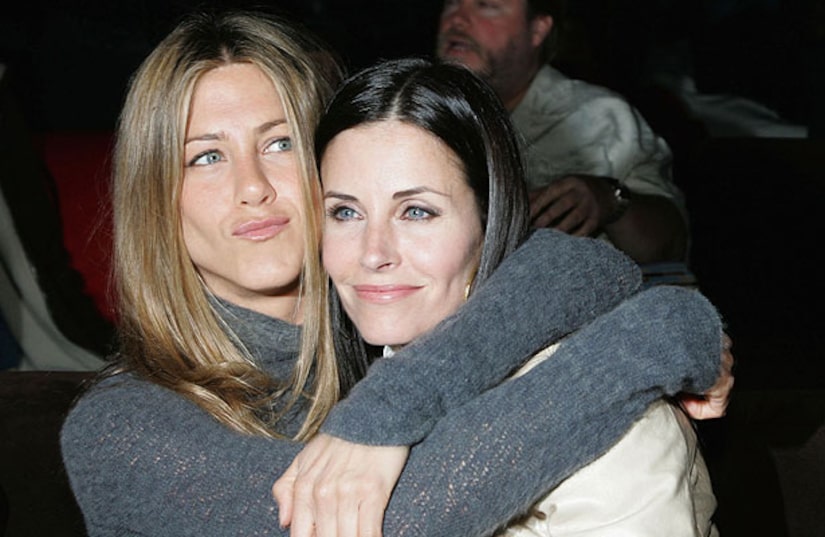 Aniston is playing a shrink named Bonnie, who has been counseling Cox's character Jules, EW.com reports.

"Kind of a get-too-involved-in-her-life-type of therapist," the show's executive producer Bill Lawrence told EW. "Those guys are so close in real life they kind of do that for each other anyway. Bonnie has the life Jules wishes she has."

Lawrence is hoping the role might become a recurring one. "We're very intentionally implying that it's a therapist Courteney has been using for a while, and we're certainly not going to make it like they'll never see each other again," Lawrence said. "So I'm crossing my fingers that if she has a good time it'll happen again."

In 2007, Aniston guest starred on Cox's short-lived FX drama "Dirt," on which they shared a kiss.