The "American Idol" judges are getting animated on "The Simpsons" 21st season finale. 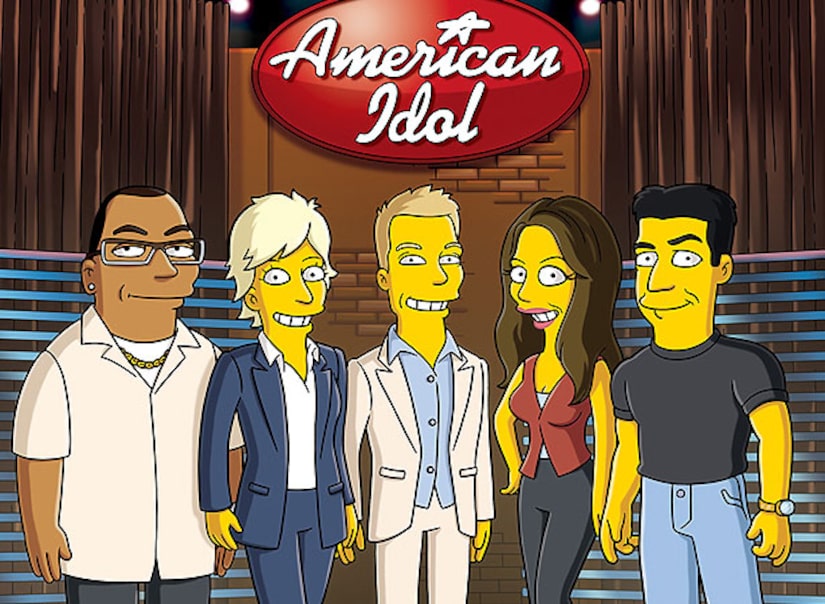 In the episode, "Judge Me Tender," Moe discovers a talent for judging contests and is invited to appear on "American Idol" with host Ryan Seacrest and fellow judges Simon Cowell, Ellen DeGeneres, Kara DioGuardi and Randy Jackson, all guest-voicing as themselves.