With the success of "Glee's" all-Madonna episode, series creator Ryan Murphy is entertaining the idea of doing more musical artist tributes, including an homage to Britney Spears. 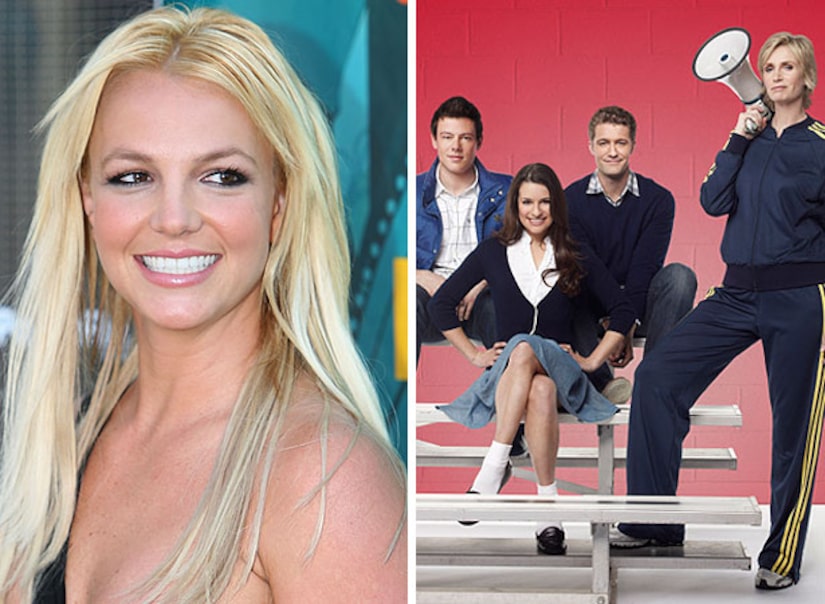 Murphy tells EW.com that Spears' manager contacted him via Twitter about the idea -- and Murphy is mulling it over, saying, "I've always loved her. I'm entertaining it. I think young kids would like that."

The "Glee" boss also says he's contemplating similar one-hour tributes to Billy Joel, Led Zeppelin and even Courtney Love! "I actually ran into Courtney Love the other day and talked to her," says Murphy. "She's interested. I would love to have the kids do a Courtney Love episode one day." Hole-y moley!

Still, he wants to make sure that with whomever they choose to spotlight, the music fits the show and has some "degree of theatricality."

Kevin McHale, who plays Artie, joked with the press at Monday night's Academy of Television Arts & Sciences event, "An Evening with Glee," saying that the Britney Spears song he would most want to sing for a themed episode is "I'm Not a Girl, Not Yet a Woman."