Jake Pavelka and Chelsie Hightower have to say goodbye to their "Dancing with the Stars" friends. 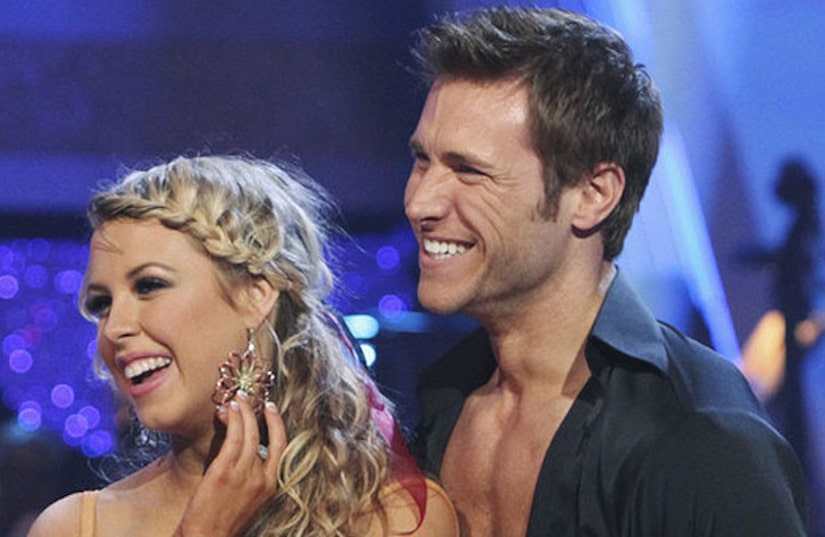 Jake and Chelsie's samba was well-received Monday night, but most of the judges thought they were lacking rhythm and awarded them only 21 points out of 30 points, landing them in the bottom two with Niecy Nash and Louis Van Amstel.

The former "Bachelor" was overcome with emotion when the results came in. With tears in his eyes, he gave his thanks to the show, and especially to his dancing partner, for giving him the time of his life.

Kate Gosselin, who was kicked off last week with partner Tony Dovolani, admitted she's gone through a little "DWTS" depression. "I couldn't watch it," she said. "Love them, but I couldn't do it. It was too sad."

The field has now been narrowed to six couples, who will go on to perform next week.