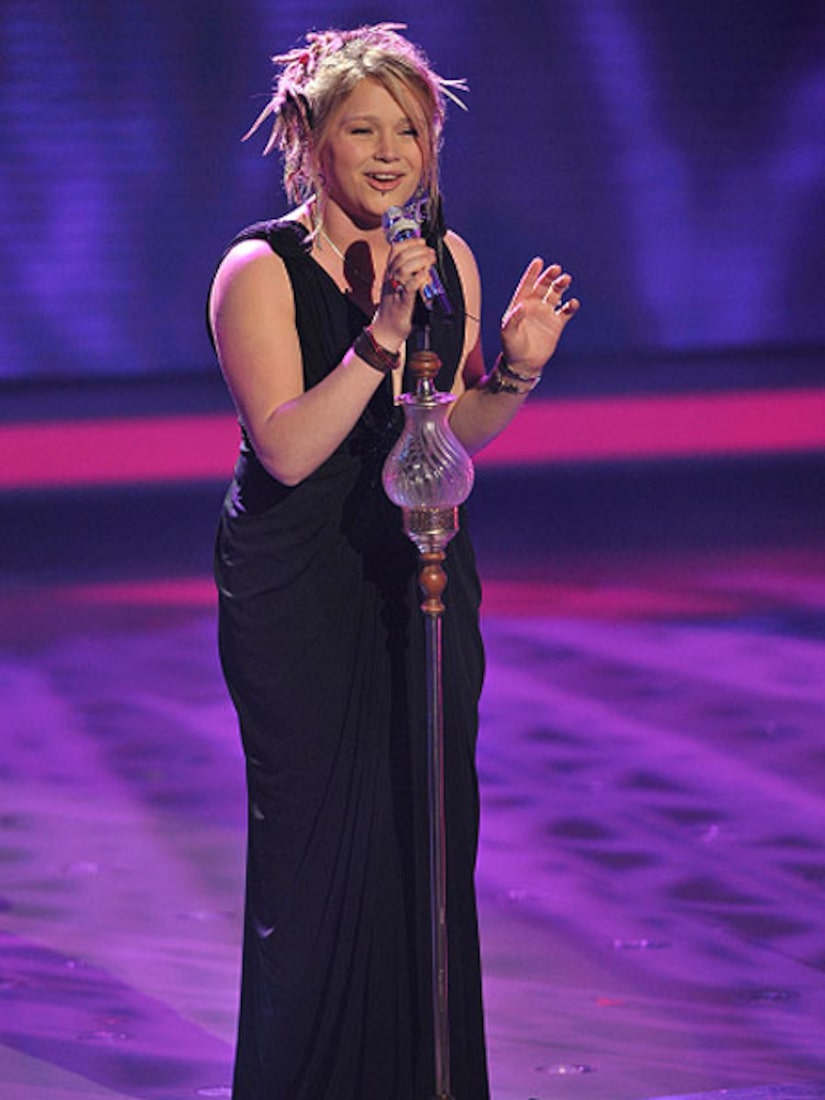 The 24-year-old mother from Ohio offered a soulful rendition of The Impressions' "People Get Ready" and at the end, unexpectedly began crying.

She told host Ryan Seacrest it was because her father was in the audience for the first time since she started the competition, and having him there made her very emotional.

The judges were wowed by the performance. Kara DioGuardi said Bowersox "just schooled all those contestants," while Ellen DeGeneres called it "beautiful." Simon Cowell was pleased to see yet another side of young singer; it was the first time she had performed without playing an instrument.

Simon said, "For me, it was completely different class than everything we heard tonight."

Alicia Keys will perform on tonight's "Idol Gives Back," and rumor has it that Melinda and Bill Gates will make a surprise announcement.