Tiger Woods' alleged mistresses say the golfer had no guilt about cheating on his wife -- and that their sexual encounters took place in his home, according to the latest issue of Vanity Fair. 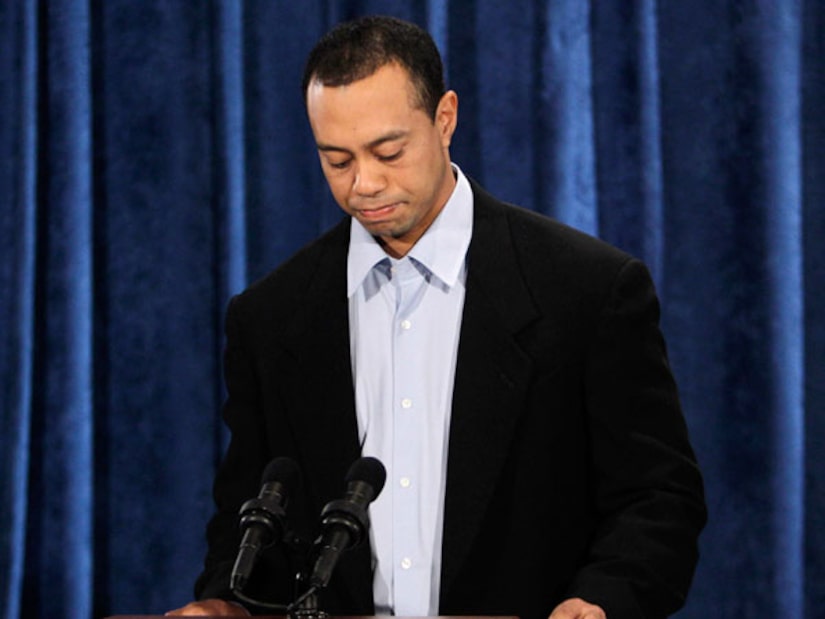 Waitress Mindy Lawton claims to have had a 14-month affair with Woods that included sex in his home and in a church parking lot. She met Woods after he and Elin Nordegren stopped by her restaurant.

Lawton says the relationship ended because they were being trailed by the National Enquirer after the church parking lot incident.

The Orlando waitress also accuses the billionaire golfer of being cheap; saying he only bought her dinner once... a chicken wrap from Subway that he picked up on the way to see her!

Las Vegas Madam Michelle Braun says Tiger would spend $60,000 a weekend on her women. She reportedly once set him up with Playboy model Loredana Ferriolo for $15,000. "He was very passionate," said Ferriolo. "He made me fall in love."

Another alleged mistress, Jamie Jungers, says the disgraced golfer never felt guilty about cheating on Elin. When she asked how their marriage was," Woods simply said, "Good."