Newest "Dancing with the Stars" contender Jake Pavelka says he can relate to the pain of wearing heels. 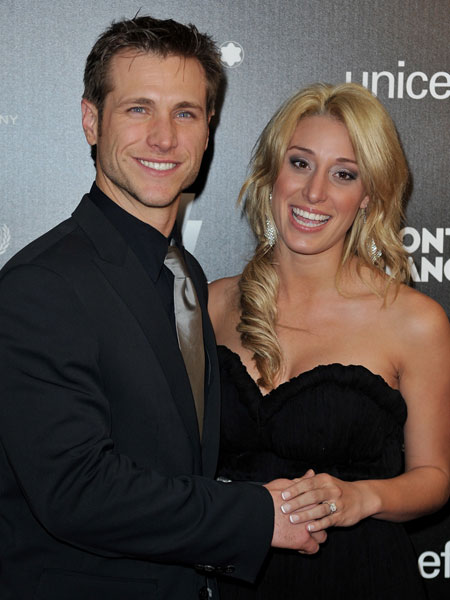 "My feet hurt. They put me in these low-rise dance heels. Girls, I will never make fun of you again when you say your feet are sore. I get it," the former "Bachelor" blogged about his DWTS rehearsal.

See photos of the "Dancing with the Stars" cast

He adds, ""Today, I got so embarrassed at my freestyle dancing, I had to stop and laugh at myself," he admits. "I caught two of Chelsie's elbows today. Cheek and nose...It's really easy to get hurt on the dance floor."

Last week, Jake shocked audiences when he proposed to vixen Vienna on season 14 of "The Bachelor." Today he thanked those who showed support for him and their new relationship. "I want to thank everyone for their huge support," he says, adding that he has "received and read all the fan mail...I WILL be writing everyone back," he said.