"Extra's" Mario Lopez thinks soap star Aiden Turner might be the dark horse to win "Dancing with the Stars," but Turner (better known as Aidan Devane on ABC's "All My Children") is just looking forward to losing some weight so he can rock the tight pants! 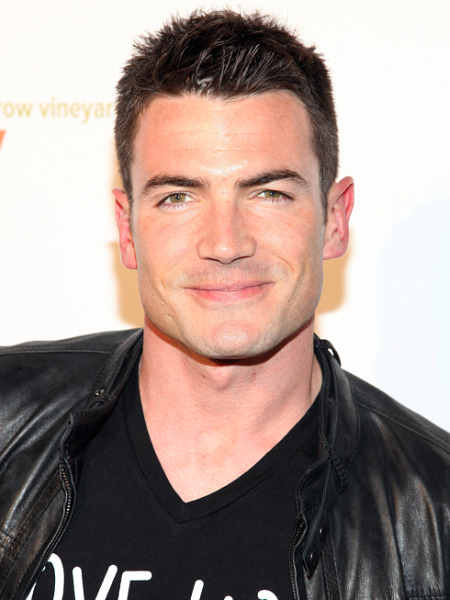 "The trousers are really, really tight and revealing," Turner told "Extra" when he came by the set after the new season cast was announced. "Losing a nice 10 pounds would be really good for me. Just really toning up and have everything pop."

Las Vegas oddsmakers put Turner's chances of winning at 10 to 1, but the underdog role is fine with him. "I'm, you know, an easygoing, funny guy that likes to have a laugh and loves traveling. And I can't dance," he admits.

Not to worry, his super-hot partner, Edyta Sliwinska, should be able to help him out. Says Aiden, "When I first turned up to dance with her for five hours, she was wearing a very revealing dance outfit. So it was kind of hard to concentrate on her steps."

He's also soliciting assistance from the "DWTS" fans of the female persuasion. "To all the ladies out there, I really need your help, and stay tuned. Let's hope I don't fall!"