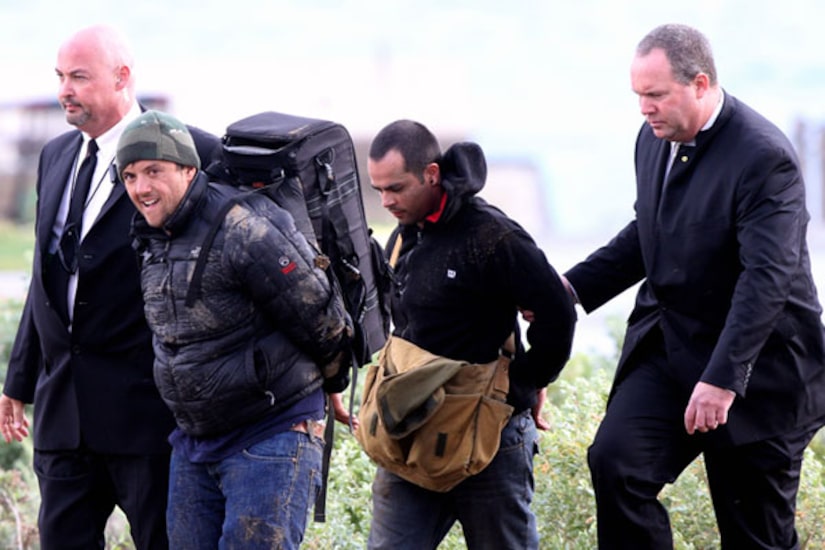 "Bachelor" couple Jason Mesnick and Molly Malaney tied the knot this weekend at a luxury hotel in Palos Verdes, Calif., but the festivities included a little more action than they planned.

Security guards at the hotel made a citizen's arrest of two paparazzi who were trying to snap photos of the couple during the wedding.

The two photographers were booked by Los Angeles County Sheriff's deputies on suspicion of battery and for blocking a sidewalk. They were cited and released on Saturday, but must appear in court on March 28.

Can't wait to see the wedding for yourself? "The Bachelor: Jason and Molly's Wedding" airs on ABC Monday, March 8.