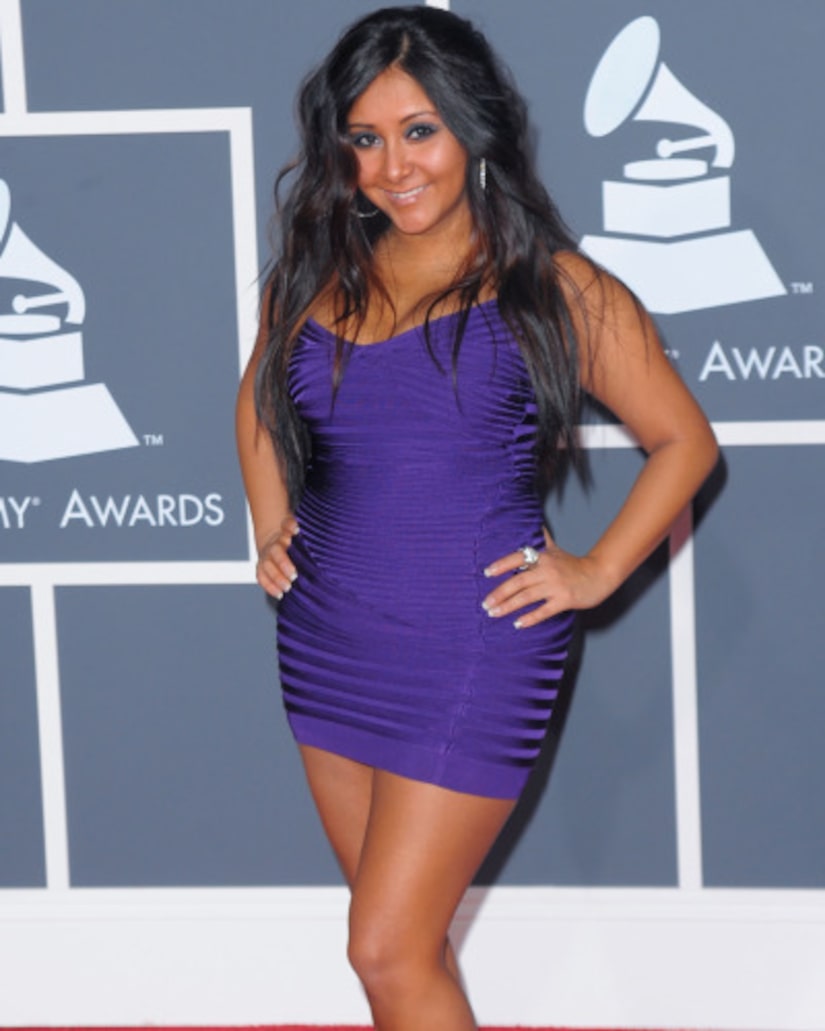 The "Jersey Shore" stars were getting down to music when they heard a crack and then a thud, an attendee told Gossip Cop. Snow had built up over the past week and the building's glass roof couldn't handle the weight, sending glass down onto partygoers below.

Check out photos of the "Jersey Shore" cast

Snooki tweeted right afterwards, "Omg roof just collapsed at the Purim event! We thought the dj was beatin the beat hardcore but nope, the roof couldn't handle Snooki and Vin."

The streets around the Sony building were shut down and the police and fire departments responded. Approximately a dozen people were treated for minor injuries, but no one was seriously hurt.