Photographer and filmmaker Timothy Greenfield-Sanders talked to Extratv.com about "The Black List: Vol. 3" and the HBO documentary's move to the classroom. 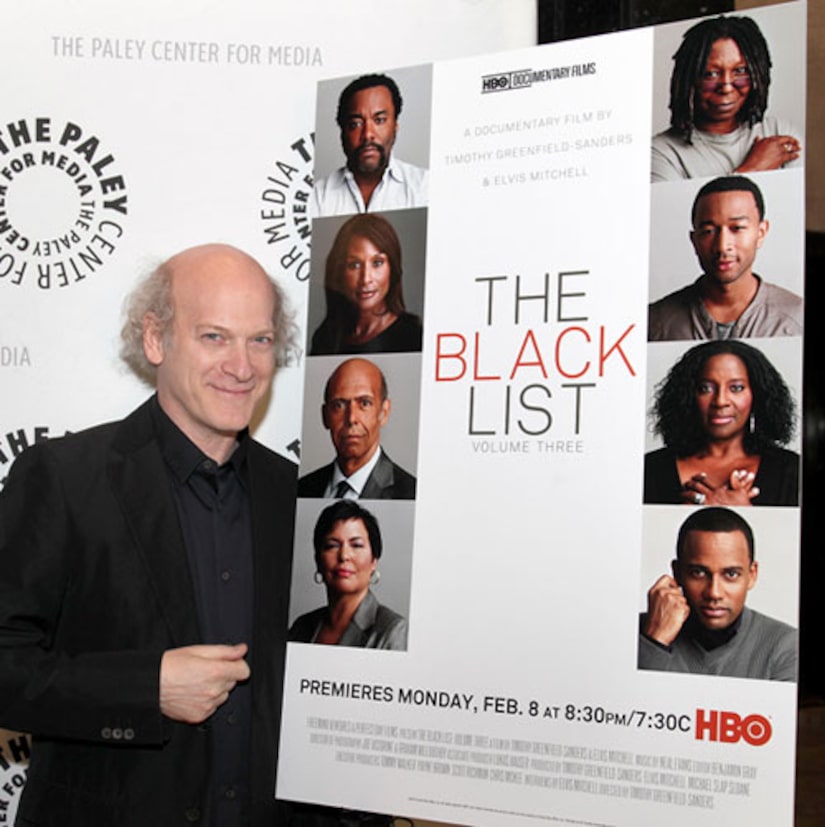 "The Black List: Vols. 1 and 2" feature a diverse group of people from the worlds of art, sports, politics, business and government. Over 50 people have been profiled, including Toni Morrison, Kareem Abdul-Jabbar, Sean "Diddy" Combs, Chris Rock, Tyler Perry and Maya Rudolph.

In "The Black List: Vol. 3," Greenfield-Sanders and acclaimed journalist Elvis Mitchell teamed up again to learn about others, including "Precious" director Lee Daniels, musician John Legend and Whoopi Goldberg.

Greenfield-Sanders says he wanted Goldberg on-board from the beginning. "Whoopi was someone who was on our list from day one. You can't make a list with great people without her," he confessed.

While Greenfield-Sanders says he would love to see "The Black List" films in theaters, he thinks schools would be a better fit.

He explained, "The real place is educational world. That's more realistic. This is something that can be used in an academic situation to teach."

"The Black List's" creative team is currently working with Scholastic and the United Negro College Fund to create a curriculum and lesson plans for grades K-12.

Greenfield-Sanders calls the three films in two years a "Herculean effort," and has some faces in mind for a future installment.

"One person that's missing is Sidney Poitier," he says. "He's such a groundbreaking figure, a historic figure."

No surprise here, Greenfield-Sanders would like to get President Obama and Michelle Obama too. "There are so many great people" he added.

"The Black List: Vol 3" airs this month on HBO.