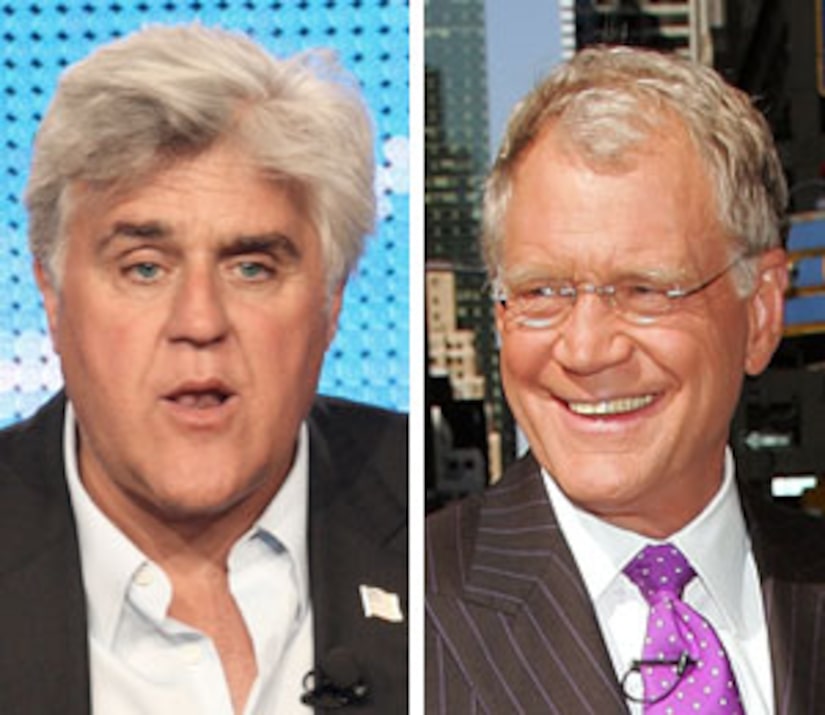 All it took was a brief Super Bowl ad to end a late-night TV war!

On Monday night's "The Jay Leno Show," Jay Leno said, "Whatever happened in the last 18 years disappeared" when he sat down with David Letterman to film their surprise Super Bowl ad last week.

"He was very gracious," Leno said Monday. "We talked about the old days. We told some jokes. It was really good to see him."

"No matter what animosity there is between comedians, a good joke is a good joke," Leno said.

Letterman also joked in his "Late Show" monologue about the Super Bowl spot. "People really thought this was big-time stuff, so I just want to take a second here now to thank the actors who played Oprah and also Jay Leno," he said. "They did a tremendous job."

Last week, Leno took a day off from his show to fly to New York to make the 15-second commercial. Leno was driven to Letterman's studio in an SUV and even wore a disguise.