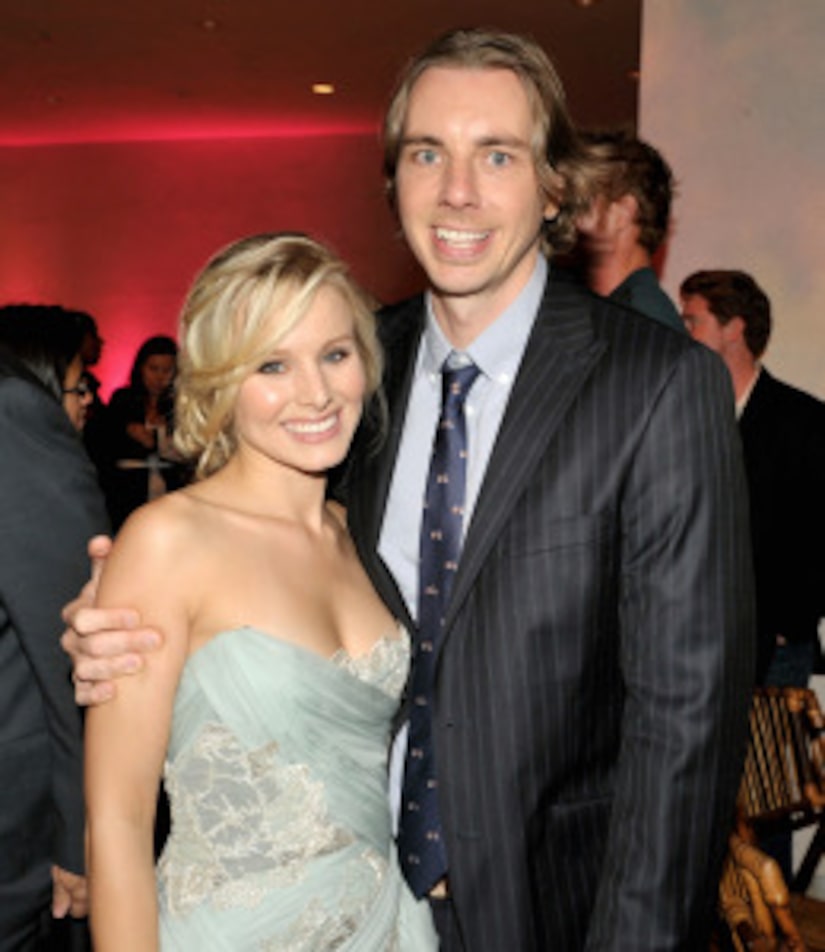 "When in Rome" co-stars Kristen Bell and Dax Shepard are ready to walk down the aisle!

The couple got engaged over the holidays, Bell's rep confirms to Us Weekly.

A solo Bell was all smiles at the Grammys, flashing her new diamond ring.

Check out more stars on the Grammy red carpet

The couple started dating in January 2008. In an interview with Women's Health magazine, Bell described their relationship on the set of "When in Rome" as competitive.