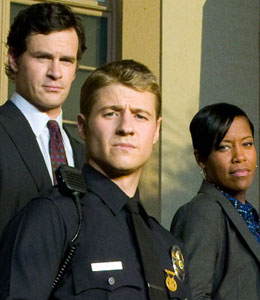 NBC cancelled the Jay Leno primetime experiment on Sunday -- and "Southland" star Ben McKenzie says Leno is a "great guy," but tells "Extra," "I'm glad it failed," adding, "Things have worked out in a good way."

When NBC decided to take on "The Jay Leno Show," some of the network's other shows took a hit. NBC moved its daring cop drama "Southland" to 9 PM from its original 10 PM time slot -- then pulled the plug before the season two premiere.

In November, "Southland" was picked up by TNT, which will air the first episode Tuesday. McKenzie says, "Now we can make the show we wanted to make -- on cable." The show follows the lives of LAPD officers.

"I love making it. It's really quite a challenge," says McKenzie, also known for playing Ryan Atwood on "The O.C." The handsome star says the actors shoot at four or five locations every day and are on the streets with real officers in uniform.

McKenzie reveals that fans can expect the second season to be as aggressive as the first. "A lot of action, a fair amount of violence, fighting, sex." Season two will premiere this year following the rebroadcast of the first season.

See photos from the set of "Southland"! 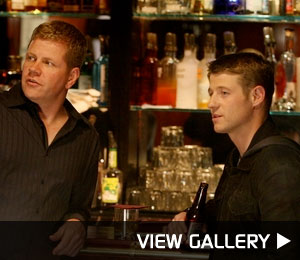