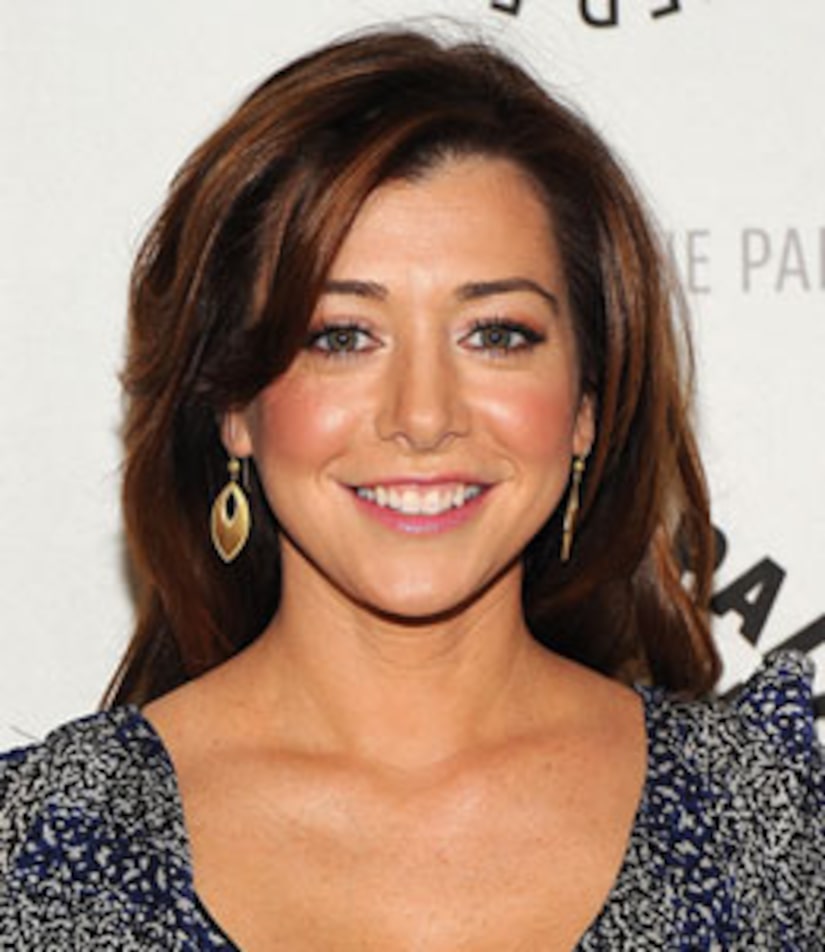 Country superstar Carrie Underwood will stop by as guest star on "How I Met Your Mother" and star Alyson Hannigan tells "Extra" she's happy to be working with Carrie but she would also like to see Jennifer Aniston on the show!

"I'm going to put that out there!" she smiled.

Underwood's name will be added to the list of celebs who have guest-starred, including Britney Spears, Kim Kardashian and Wayne Brady.

She continued, "I love having guest stars, but I love when they cast people who are up-and-coming and need a break."

"The Twilight Saga" star Rachelle Lefevre appeared in an episode where she fell for Barney (played by Neil Patrick Harris) before landing the role of evil vampire Victoria.

"We like the people who come on the show and really play on the show," Harris explained.

The suited-up stud also says he's "excited" to have Underwood on board, but "it's hard to top the Victoria Secret supermodels for Barney because he had a whole episode with them and Heidi Klum."

On Thursday, "How I Met Your Mother" reached a sitcom milestone and celebrated its 100th episode at the Paley Center for Media in Beverly Hills.

Hannigan, who picked up a People's Choice Award for her role, confessed, "I'm so lucky to be on two shows that have reach a hundred episodes." The glowing actress, 35, also topped over 100 episodes with "Buffy the Vampire Slayer."

See photos of the best dressed from the People's Choice Awards