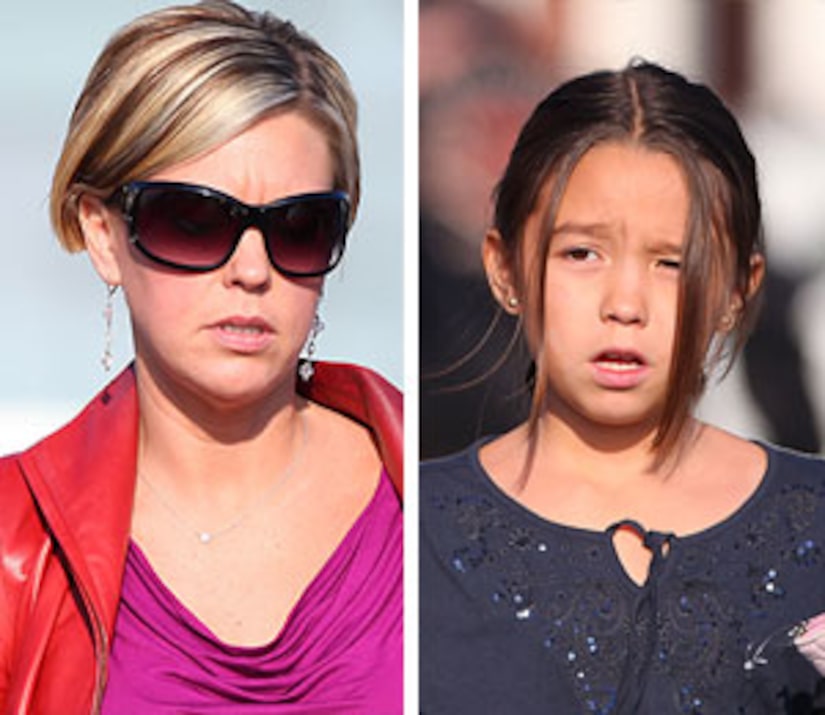 Jon Gosselin and ex-wife Kate are moving on from their divorce, but their brood is having a hard time accepting the split.

See photos of the Gosselin kids playing at home

Stephanie Santoro, the children's nanny, tells Life & Style magazine that Cara, one of the former couple's 9-year-old twins, blamed herself for the breakup.

She "used to sit and cry to me that she didn't understand and thought it was her fault," Santoro tells the magazine. "I would always tell her, 'It's not your fault, it's just something that happened. Mommy and Daddy will tell you more.'"

The exes can't stand to be around each other, which has left their eight kids "confused and traumatized."

"Some of the younger children once asked me, 'Are you going to be our new mommy?'" Stephanie says. "They don't know better."

According to Stephanie, Jon and Kate's brood has also been struggling to deal with the end of "Jon and Kate Plus Eight," which TLC shut down this fall at Jon's request.

"Kate says the kids miss the crew," Santoro explains. "They grew up around them and loved interacting with the crew. I'm sure the kids are devastated."