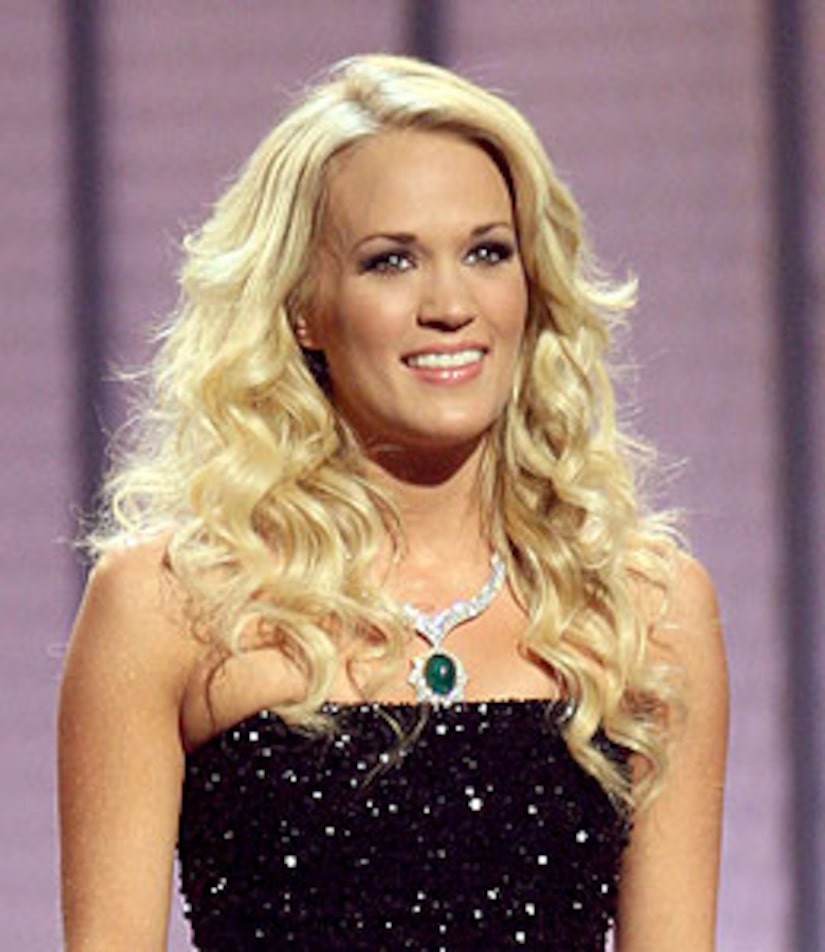 Carrie Underwood has big plans to look the part of a southern belle for her upcoming wedding.

Underwood, 26, became engaged to fiancé Mike Fisher at the end of December -- but the bride-to-be has already been thinking about how she'll look on her big day.

"I'm Southern," the singer tells People magazine. "I like big hair and eyeliner. I want my wedding day to be me, so I'll probably be rocking some big hair and some eyeliner."

Carrie may already be thinking about her wedding day look, but she's no high-maintenance bridezilla.

Underwood says she plans to keep her ceremony simple, saying "[I want] a groom, good food and an open bar."

See which other stars have found love with athletes

Carrie launches her new tour in March, and tells the magazine that she and Fisher keep in touch via text while they're apart. "We're big texters. We talk on the phone. I-chatting, I don't know what we'd do without it to be honest -- and face time is the most important."

Underwood and the hockey star have yet to set a date for their wedding, but Mike recently revealed the couple was aiming for a summer ceremony.