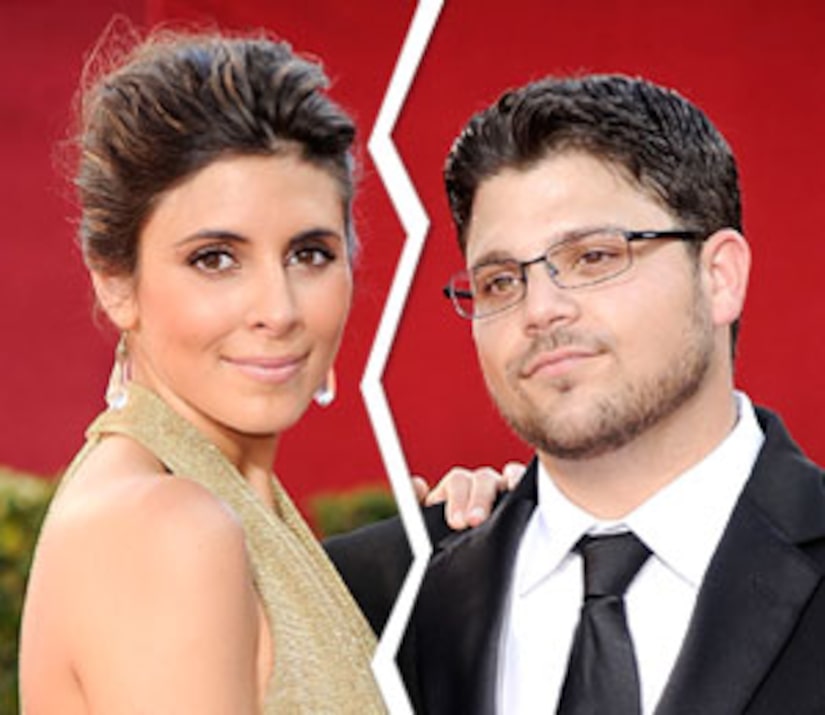 See other couples who called it quits in 2009

Sigler, 28, and Ferrara, 30, met on the set of the hit HBO series in 2008. Jamie played the love interest of Jerry's character Turtle -- and the twosome soon began dating in real life.

"They're busy with their careers, and she in particular has a couple of movies out in 2010, and others in the works for 2011, so it's just tough," a source close to the couple tells People magazine.

At the end of the last season of "Entourage," Jamie and Jerry's characters split up because of their hectic schedules -- and their real-life split is imitating art.

"It's ironic, because in the recent season finale of Entourage, Jamie tells Turtle that she has to go to New Zealand to shoot a movie, and it causes problems, so it's ironic but that's what their lives are like."