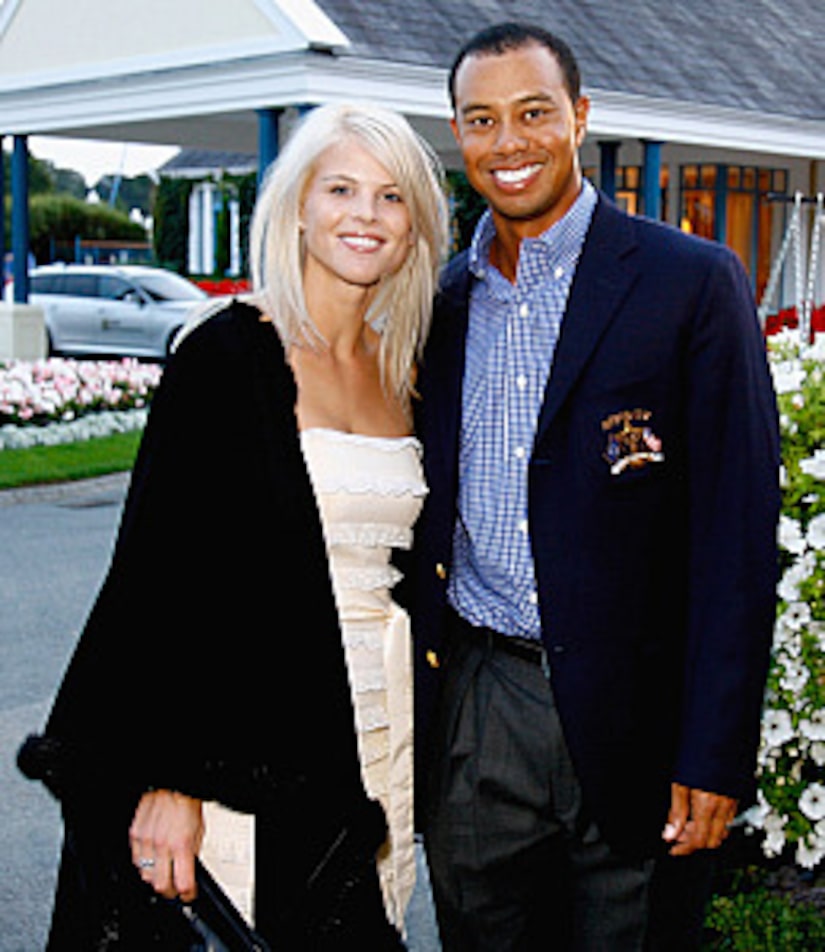 Tiger Woods and his wife Elin Nordegren refused to speak to police for a third time Sunday about his controversial car crash Friday.

Woods' IMG agent Mark Steinberg said in an emailed statement Sunday: "We have been informed by the Florida Highway Patrol that further discussion with them is both voluntary and optional. Although Tiger realizes that there is a great deal of public curiosity, it has been conveyed to FHP that he simply has nothing more to add and wishes to protect the privacy of his family."

His lawyer Mark Nejame released a statement Sunday as well: "We stand by Mr. Woods' previous released statement regarding his privacy. Otherwise, I have nothing further to add at this time."

Nordegren first turned police away on Friday, telling them Woods was sleeping. Police also attempted to speak to the pro golfer on Saturday.

TMZ.com is reporting the Florida Highway Patrol is working on obtaining a search warrant to seize medical records from the hospital that treated Woods to determine if his injuries are consistent with a car accident or domestic violence. (Reports surfaced that Nordegren inflicted scratches on Woods' face during a fight about his alleged affair with Rachel Uchitel, which she has denied.)

Woods' mother-in-law Barbro Holmberg told Usmagazine.com Saturday that she is "praying for everyone and everything to be OK. Please let's just leave it at that."

The golfer -- who is due to host the Chevron World Challenge in Thousand Oaks, Calif. this week -- wrote about the incident on his Web site Sunday.

"This situation is my fault and it's obviously embarrassing to my family and me. I'm human and I'm not perfect. I will certainly make sure this doesn't happen again."