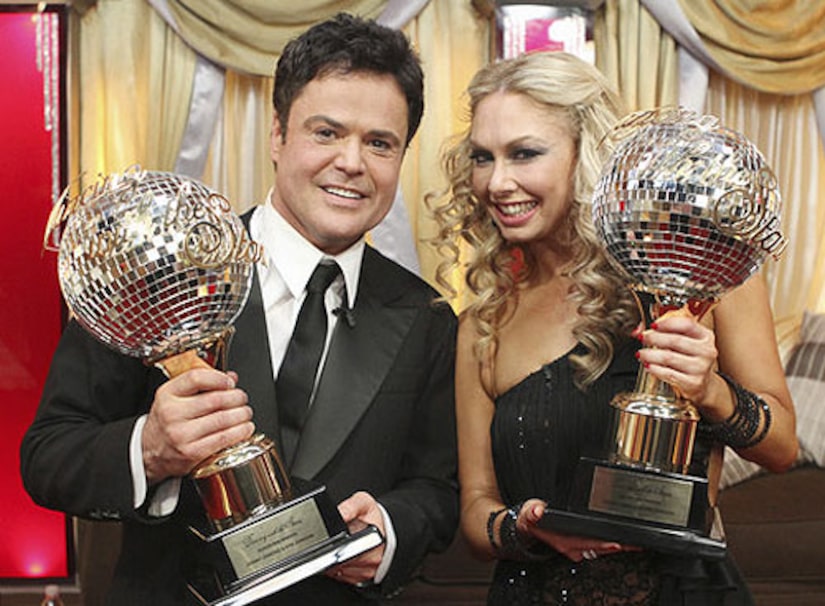 The "Dancing with the Stars" champion, who won the mirror-ball trophy Tuesday night, is using his award as Thanksgiving décor.

See who Donny beat out to win the mirror-ball trophy

"It will be a nice little centerpiece," Osmond, 51, joked to People magazine about his prize.

Donny's sister Marie Osmond came in third during her stint on "DWTS," but she isn't feeling any sibling rivalry toward her brother.

"I am extremely proud of him," Marie tells the magazine. "He worked so hard for it."