It started with 16 celebrities competing for the mirrored ball trophy, but Donny Osmond and Kym Johnson are the winners of the 9th season of "Dancing with the Stars"! 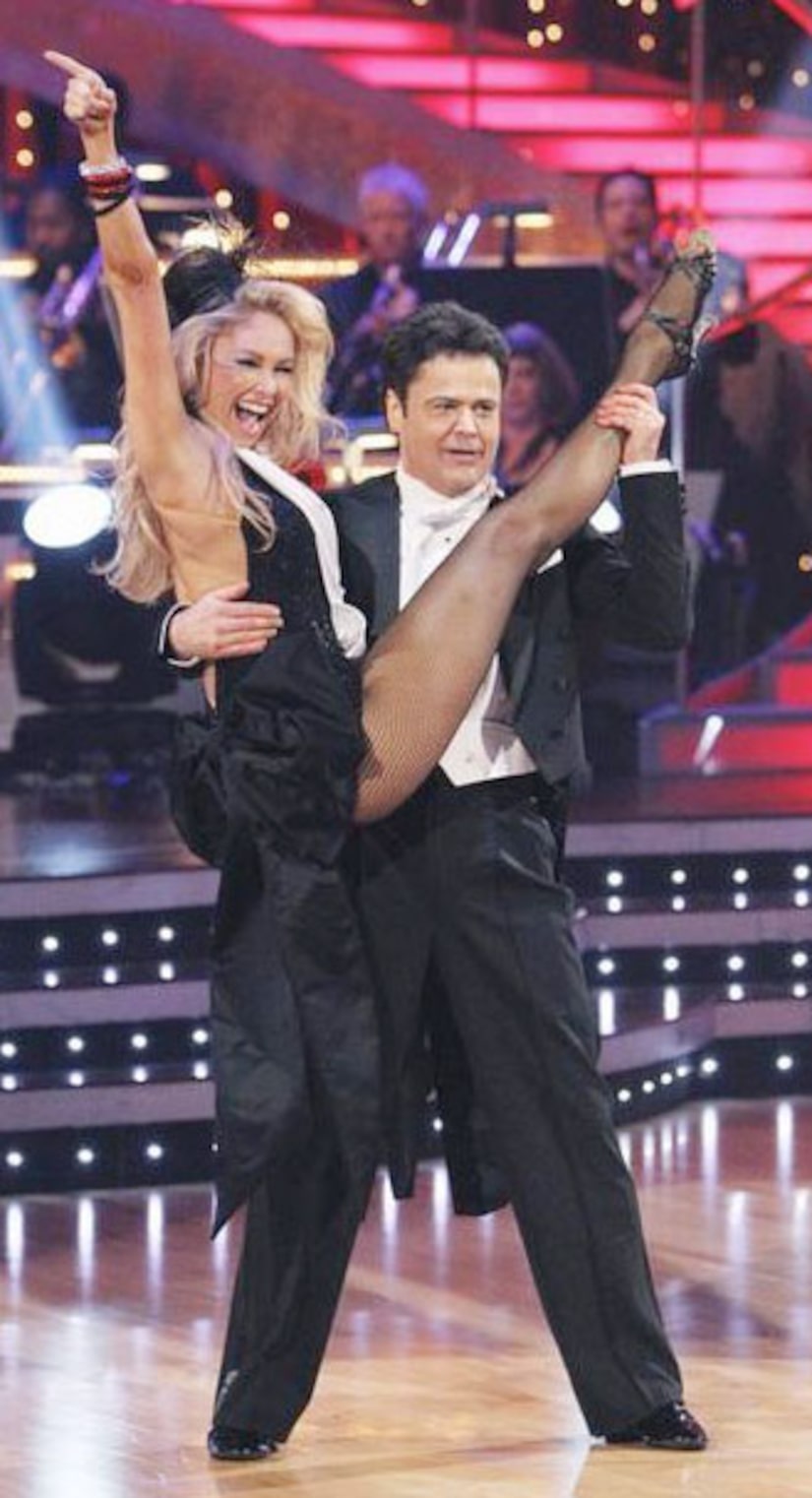 After hearing the news, Osmond ran into the audience and grabbed wife Debbie Glenn from her seat and carried her to the dance floor. He later went back to grab sister Marie Osmond, who competed on the show in 2007.

See the 'Dancing with the Stars' season 9 cast's glamour shots

Earlier in the program, Osmond, 51, earned first place and 30 points from the judges for his Argentine tango. He also performed "Puppy Love" while former contestants Louie Vito and Chelsie Hightower took the dance floor.

Osmond didn't get a chance to take the mic after he won, but second place finalist Mya said, "We are so happy to come this far. I had a broken foot last year and I'm just so happy to have made it to the finals."

Kelly Osbourne came in third place and was proud to be a part of "Dancing" too. She said, "It's been the most beautiful, amazing experience." She added, "The only thing I really want to say is thank you America. Thank you so much for voting me in each week."

The jam-packed finale also featured two performances from Whitney Houston and the former season 9 contestants all returned to the dance floor.