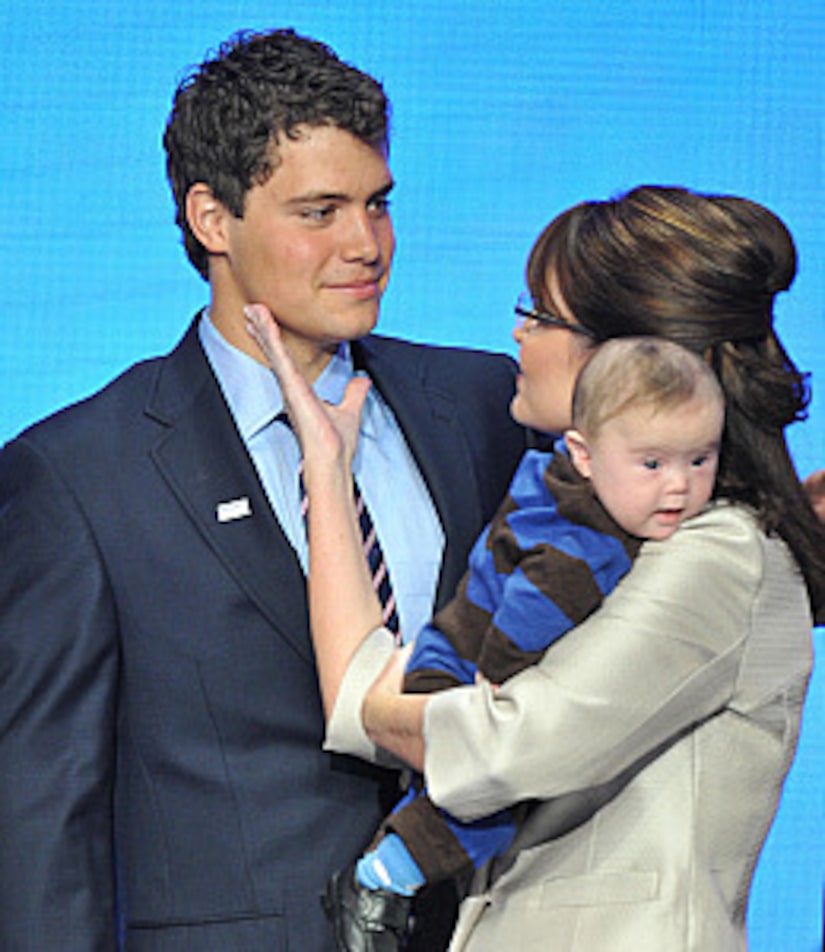 It looks like the feud between Levi Johnston and Sarah Palin is over.

The former governor tells Oprah Winfrey that Johnston -- who fathered Tripp with her 18-year-old daughter, Bristol -- is welcome at her home for Thanksgiving.

"It's lovely to think that he would ever even consider such a thing. Because, of course, you want -- he is a part of the family and you want to bring him in the fold and kind of under your wing. And he needs that, too, Oprah," she says in an excerpt obtained by Usmagazine.com.

Palin, 45, goes on, "I think he needs to know that he is loved and he has the most beautiful child and this can all work out for good. It really can."

Earlier this month, Palin slammed Johnston -- who was spotted going tanning before his Playgirl magazine photo shoot Thursday -- for "selling his body for money."

But now Palin says she doesn't want to continue badmouthing the 19-year-old.

"We don't have to keep going down this road of controversy and drama all the time. We're not really into the drama. We don't really like that. We're more productive. We have other things to concentrate on..." she says.

Palin also discussed her infamous interview with Katie Couric in which she stammered about which magazines and newspapers she reads and declared that she could Russia from her house.

She doesn't think the awkward sit-down was the defining moment for her -- "and neither did the campaign," she says.